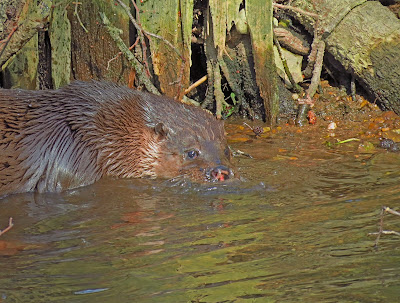 Thetford in Norfolk is the fictional town of Walmington-on-Sea, the setting for the T.V. programme Dad's Army, but it is now famous for something more up my street, otters. Wild Eurasian Otters have been seen using the river that runs through the town since last year and are remarkably confident around humans. Sightings are unbelievable and reliable and as I have only seen one wild otter in my life before, yesterday was the day that I decided to change that.

The day dawned bright, but as is usual at the moment, distinctly chilly, but Lisa and I pressed on with our planned trip. On arrival at the site, outside Argos and a rather run down shopping centre, several photographers were seen, but no otters. A walk along the river produced nothing other than a Muntjac deer and a rather large rat and so we decided to have some lunch, meeting numerous people with tales of how marvellous the otters are and how well they were showing a while ago, great! After lunch we walked the other way along the river, reaching a dam/weir with people pointing and looking and photographing something. Lisa saw it first (she always does!), an otter was coming our way! Swimming nonchalantly past us, checking us out as it went, stopping occasionally to mark its' territory and making its' way along the river. I could not believe what I was watching, a wild otter, not four feet away from me, these animals are supposed to be timid, aren't they? We watched this animal for a while, we saw it catching a few fish and leaping from the river like a dolphin! At one point it came out of the river and practically sat on my feet! 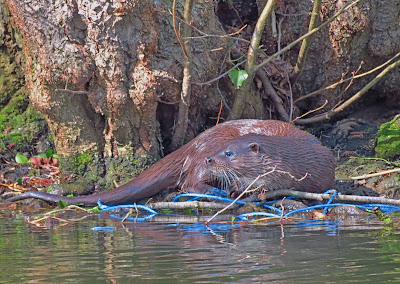 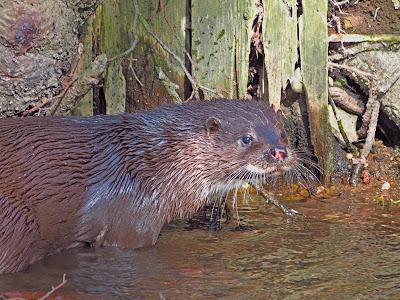 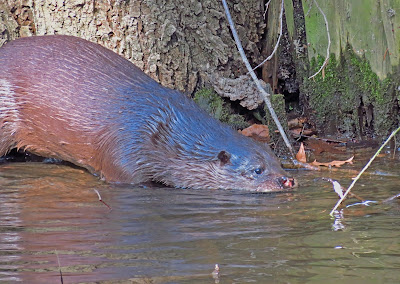 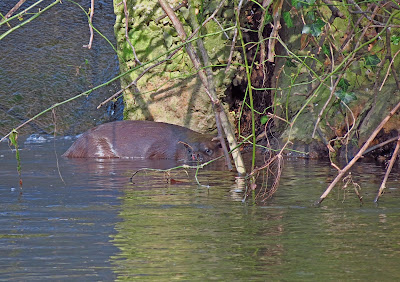