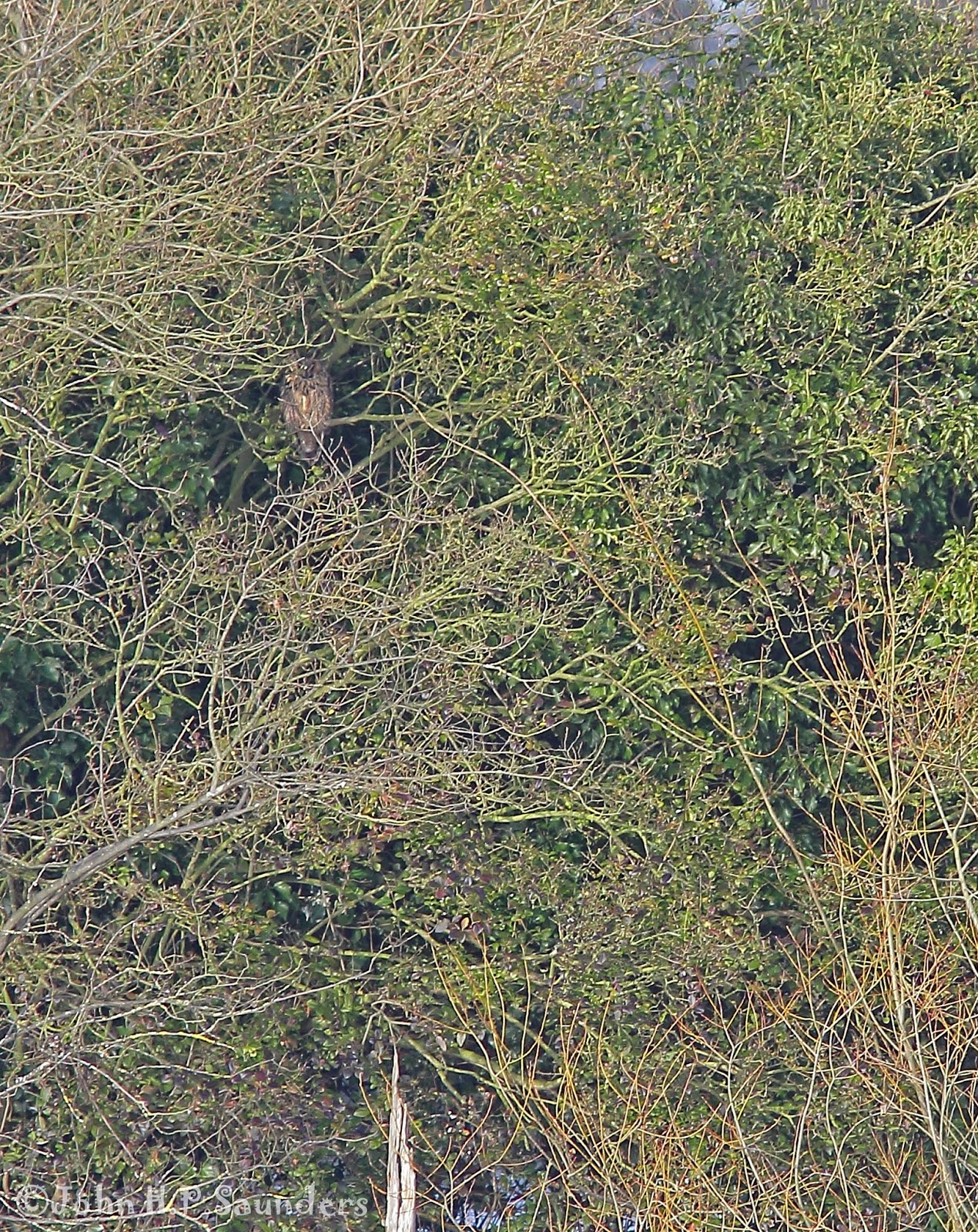 It's that time of year again when there is a roosting Long-eared Owl on the island at Deeping Lakes nature reserve in south Lincolnshire and once again it is a nightmare to see and photograph. The above photograph is obviously pretty well cropped, but the bird can be picked out by looking up and to the left from the piece of wood at the bottom of the photo, useful when viewing the island from the hide which is at quite a distance! 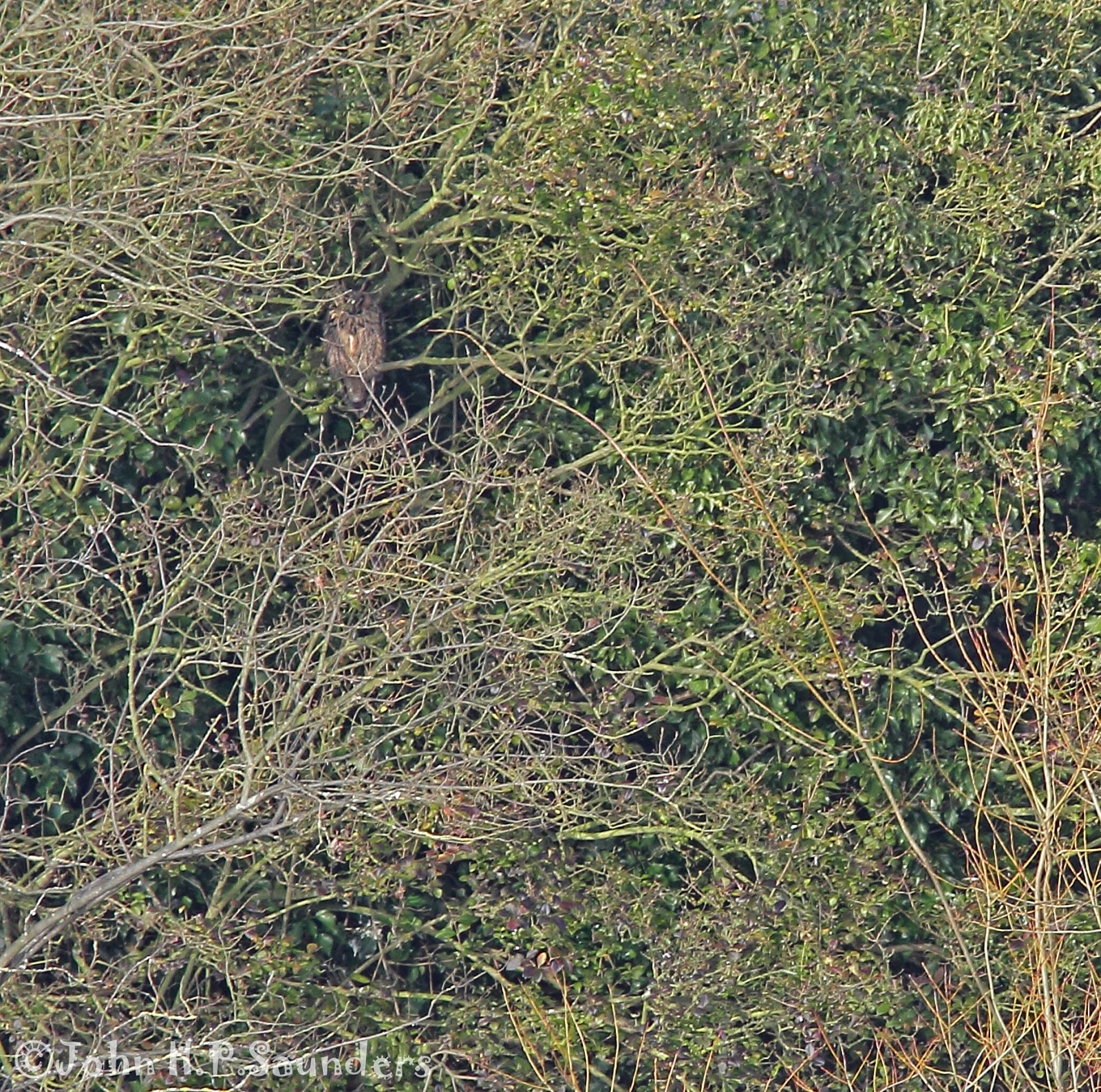 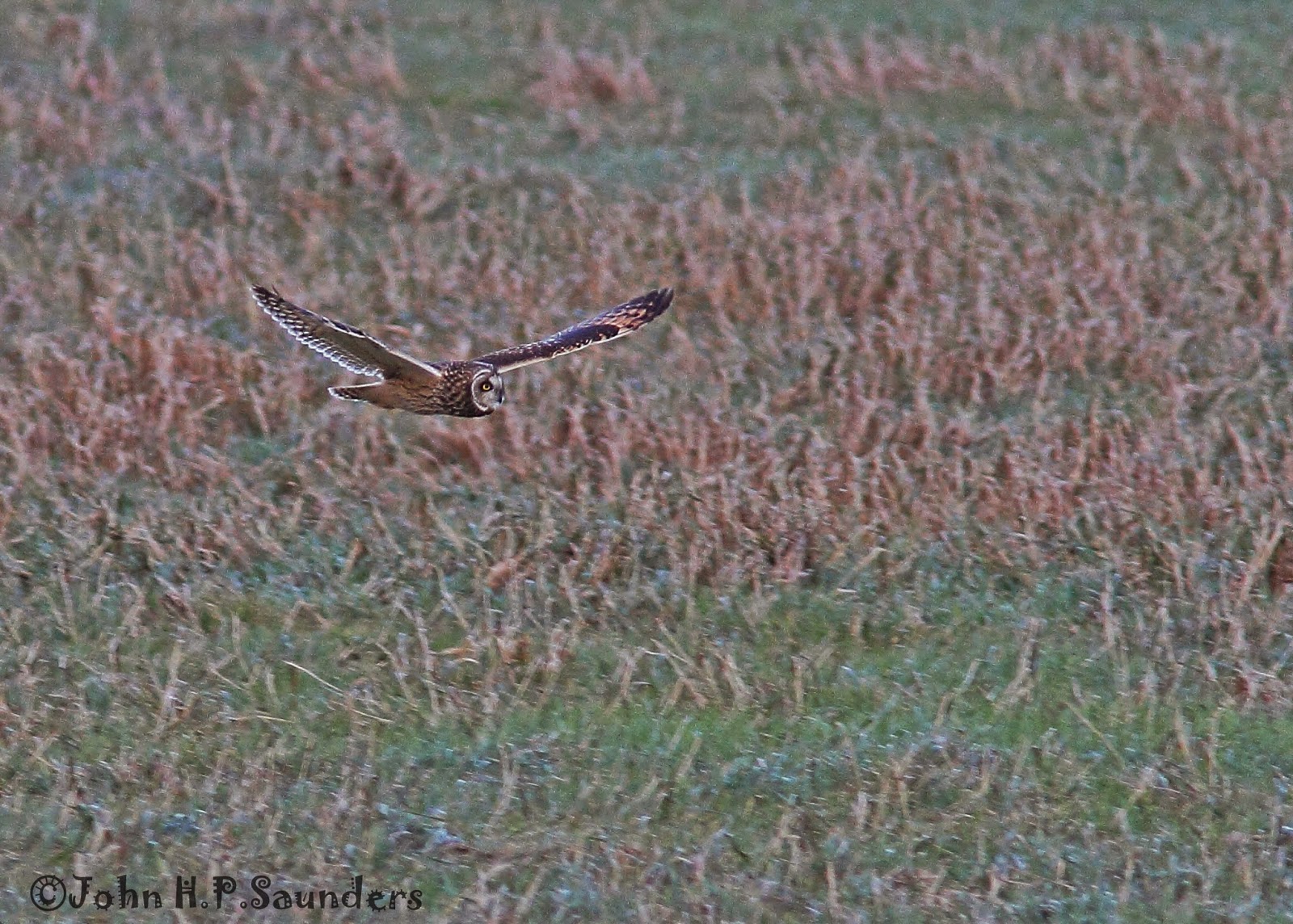 One of 4 Short-eared Owls that were present yesterday evening at the RSPB site at Eldernell in Cambridgeshire. A pretty ropey effort when compared with others, but as yet, my 'best' effort. I will return again to photograph these beauties, but the area in question is getting pretty busy with photographers from all over the place at the moment, leading to no room at the prime viewpoint! 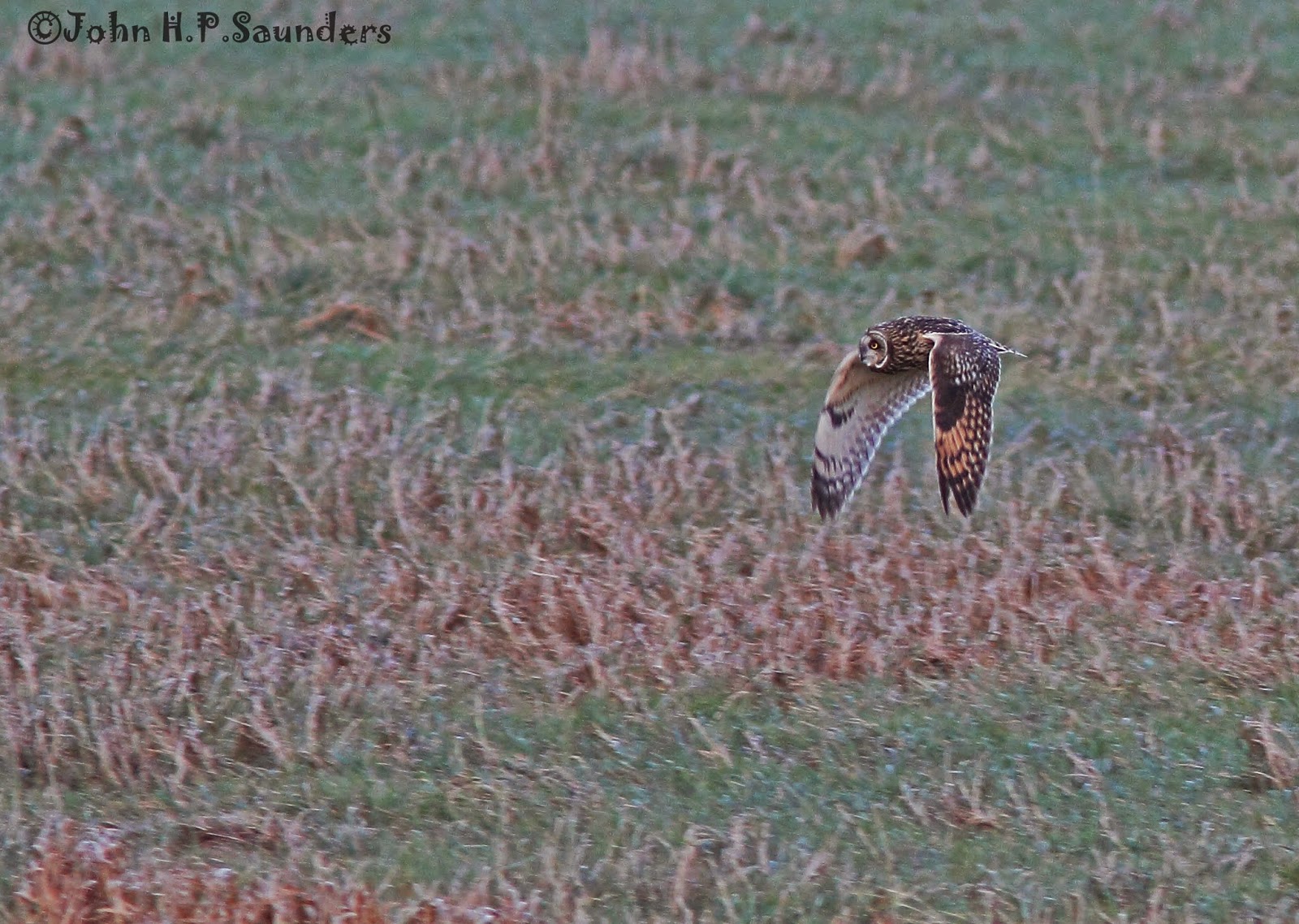 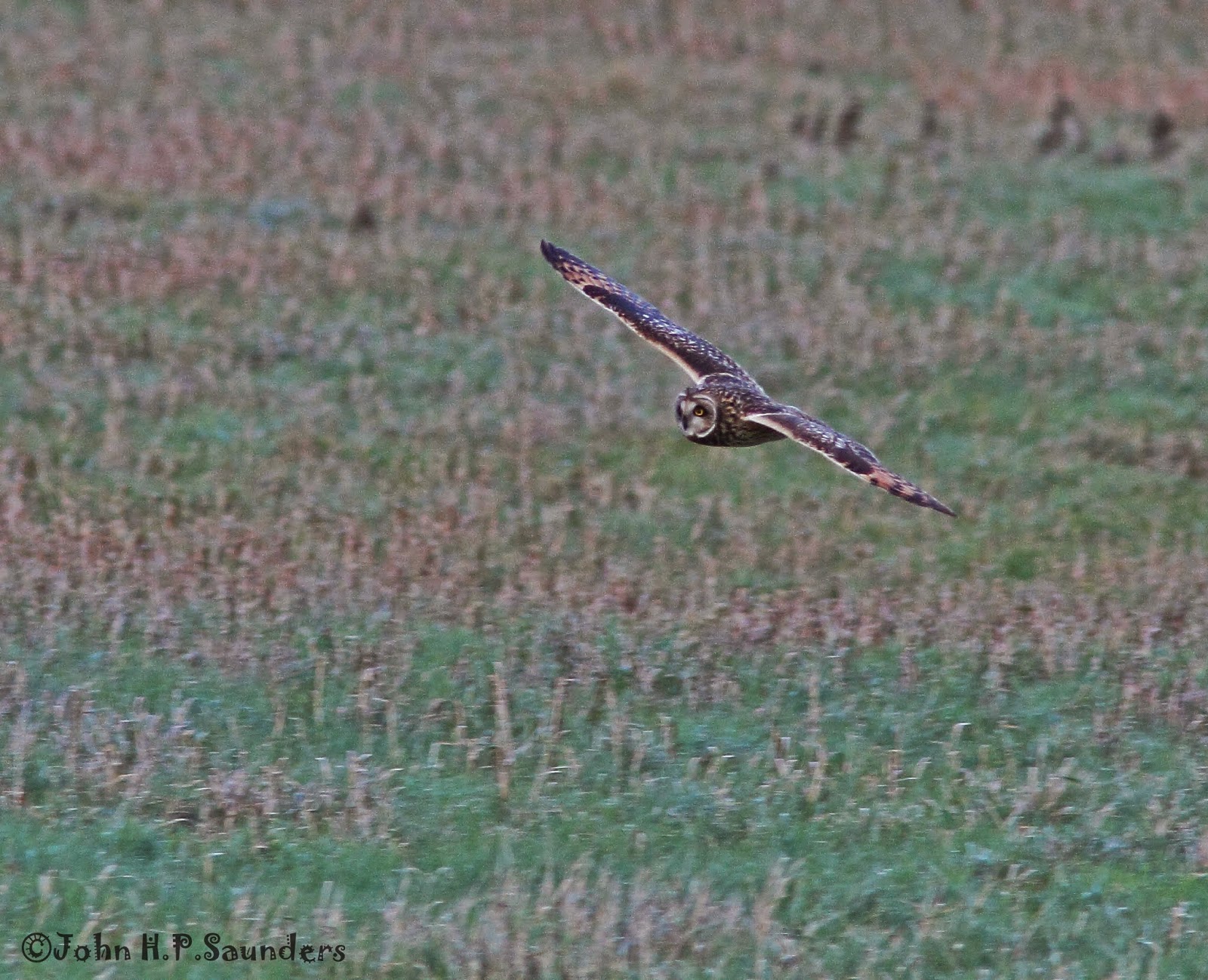 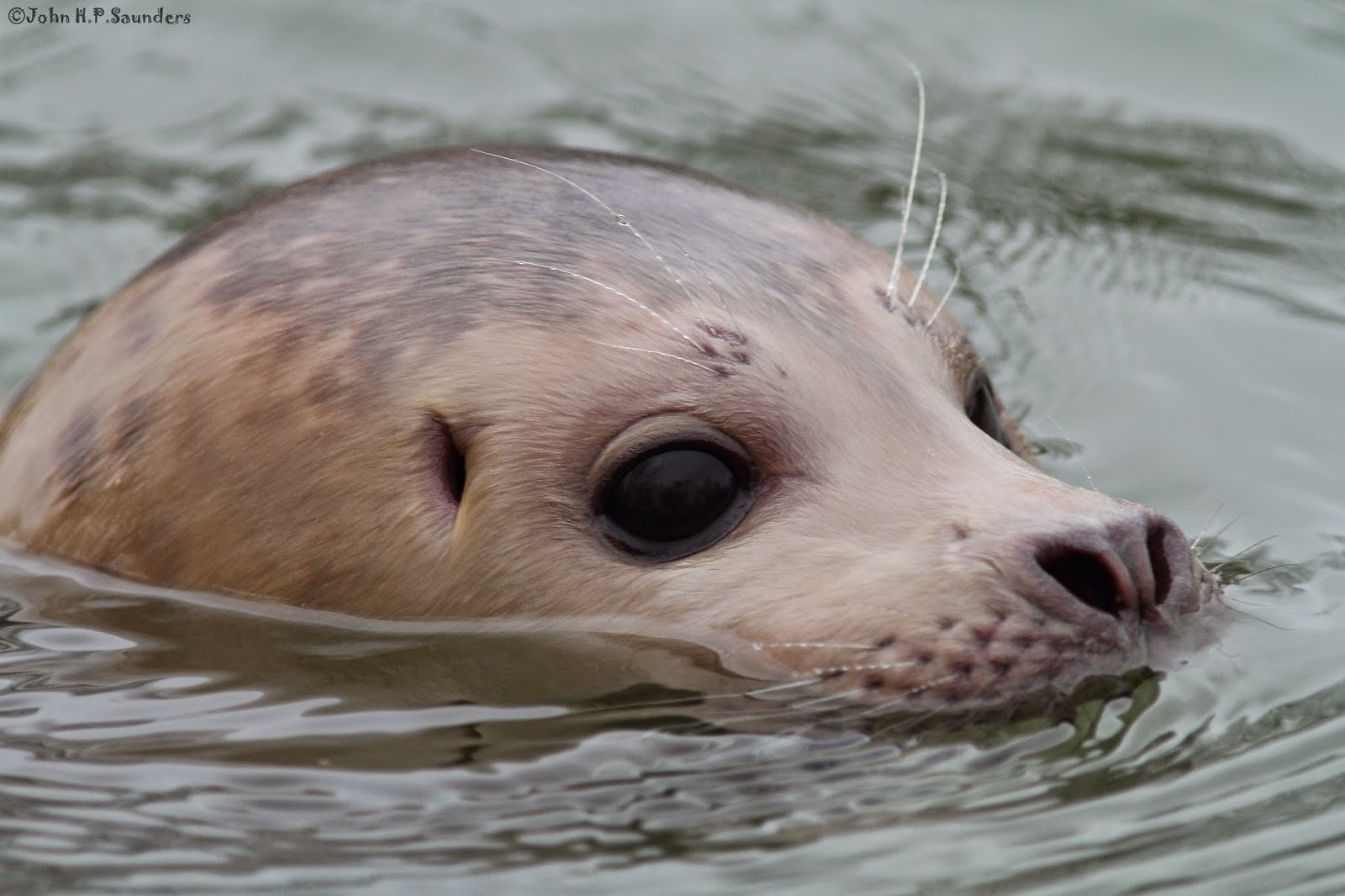 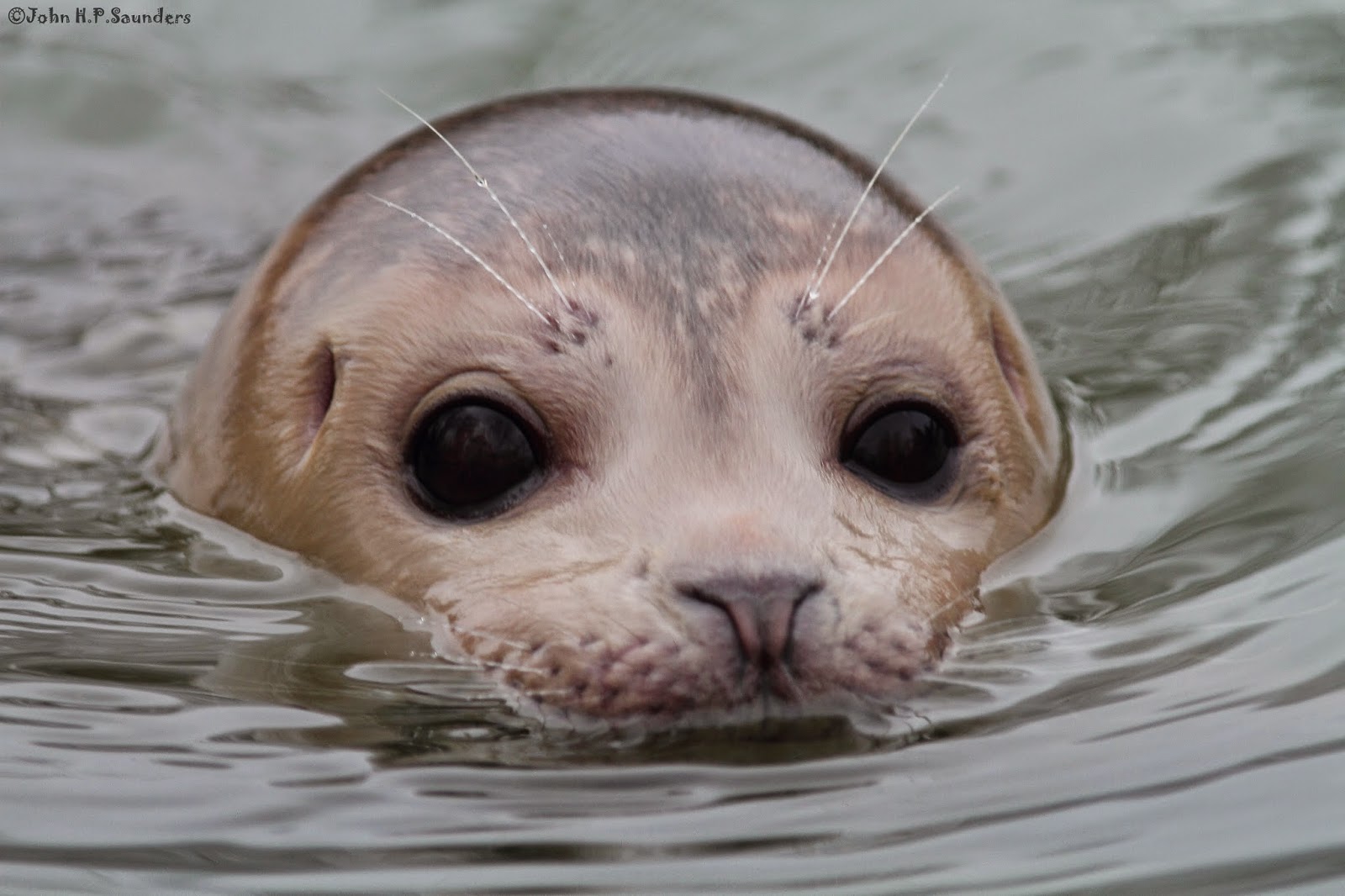 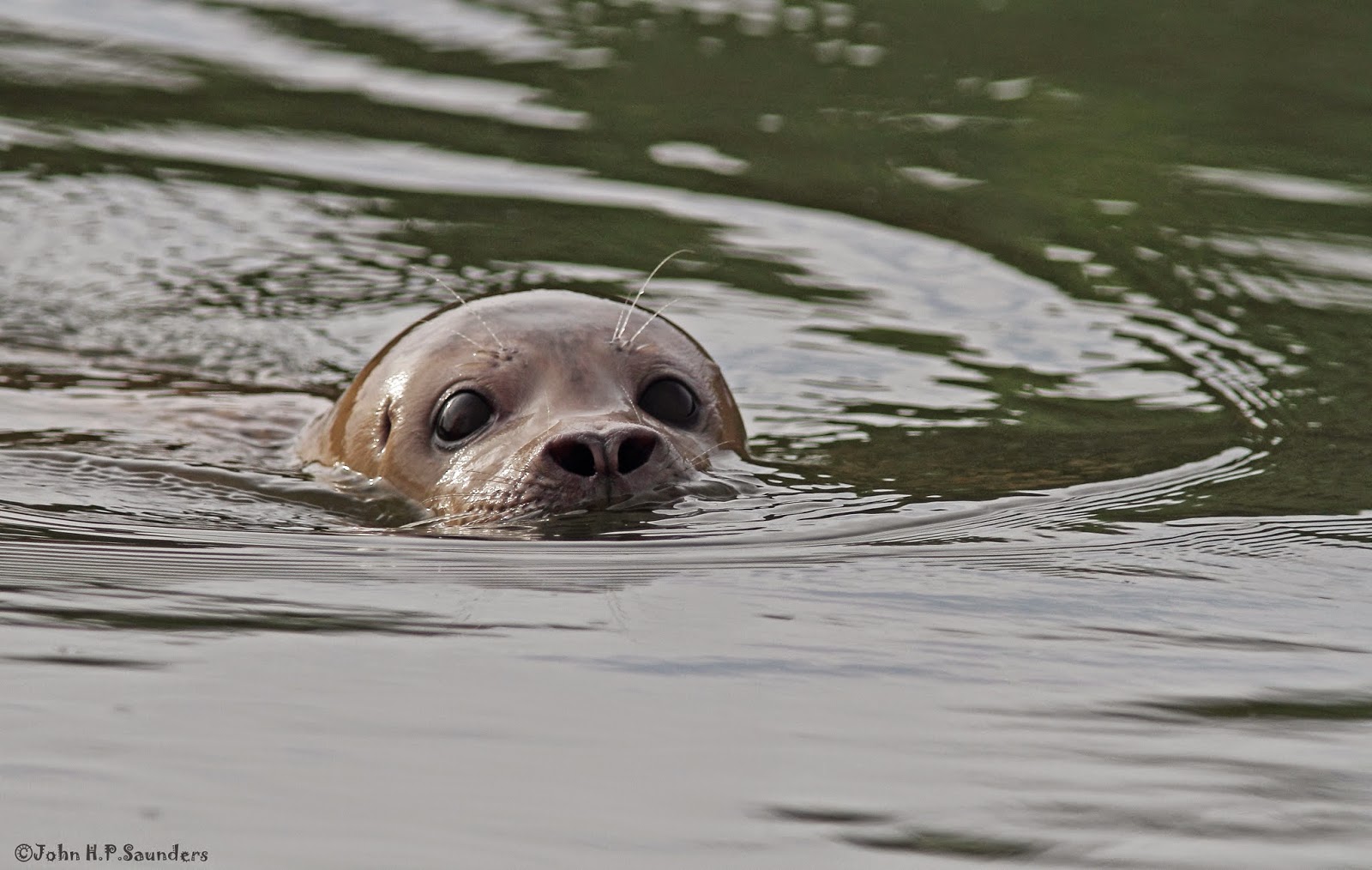 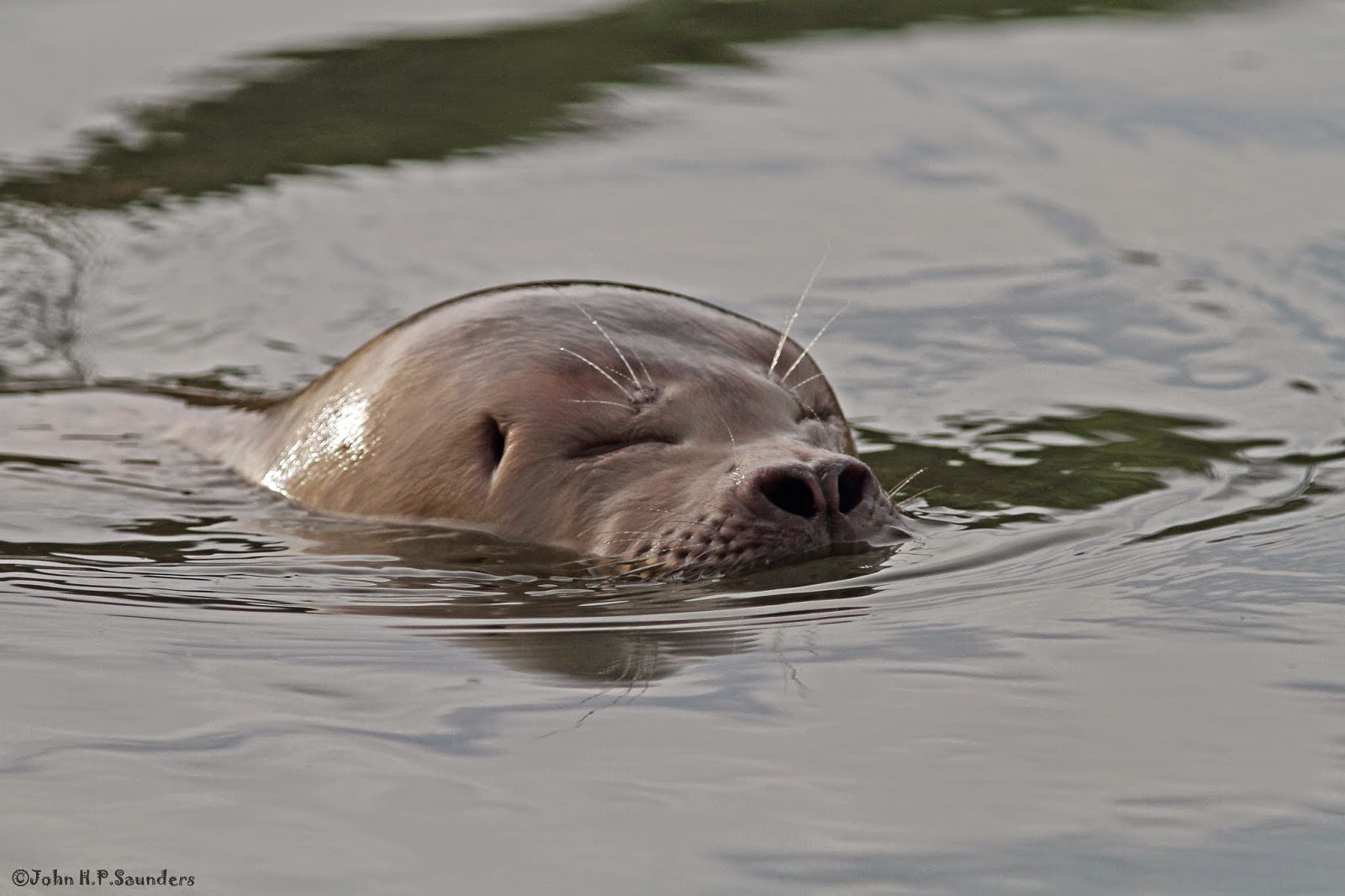 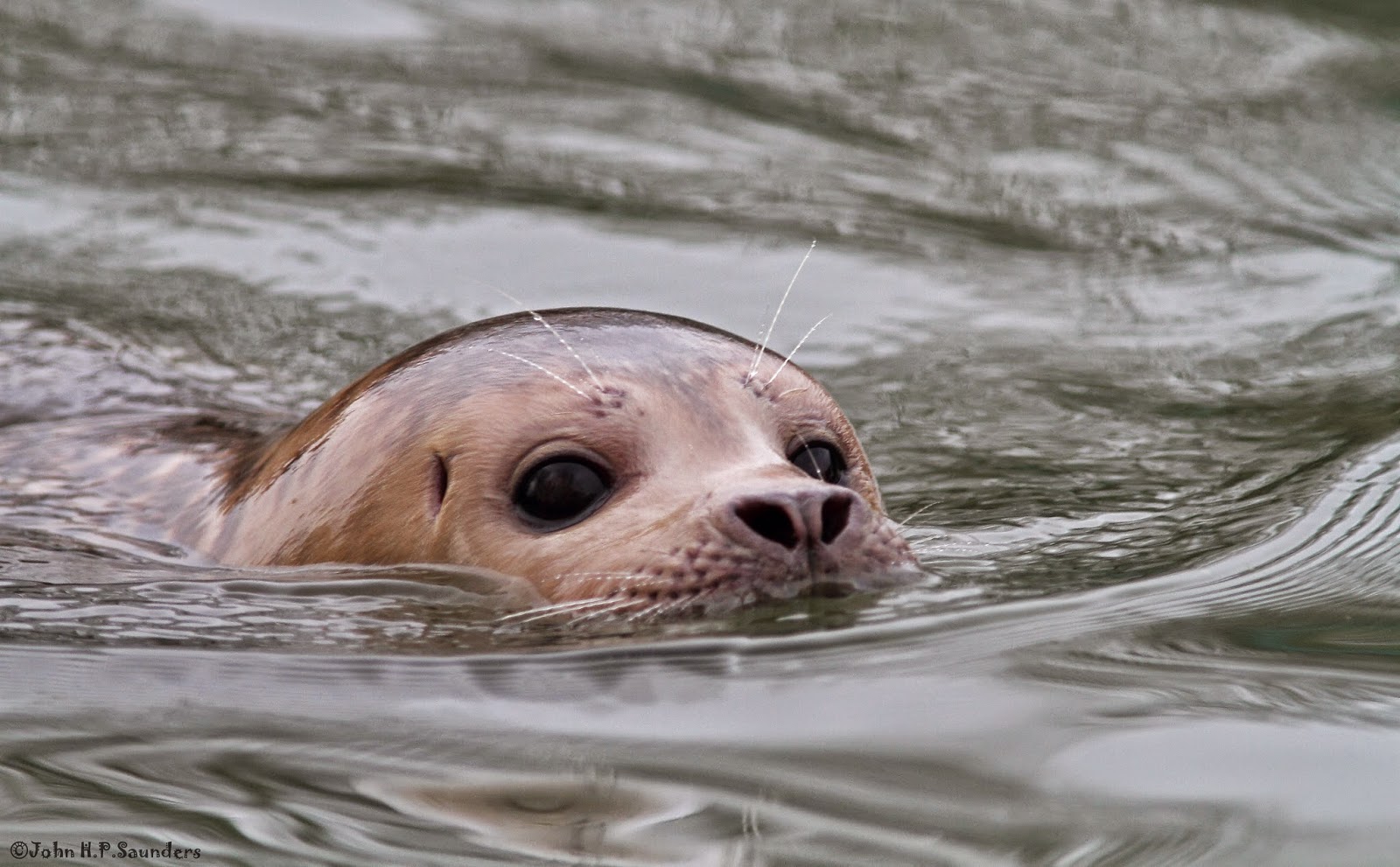 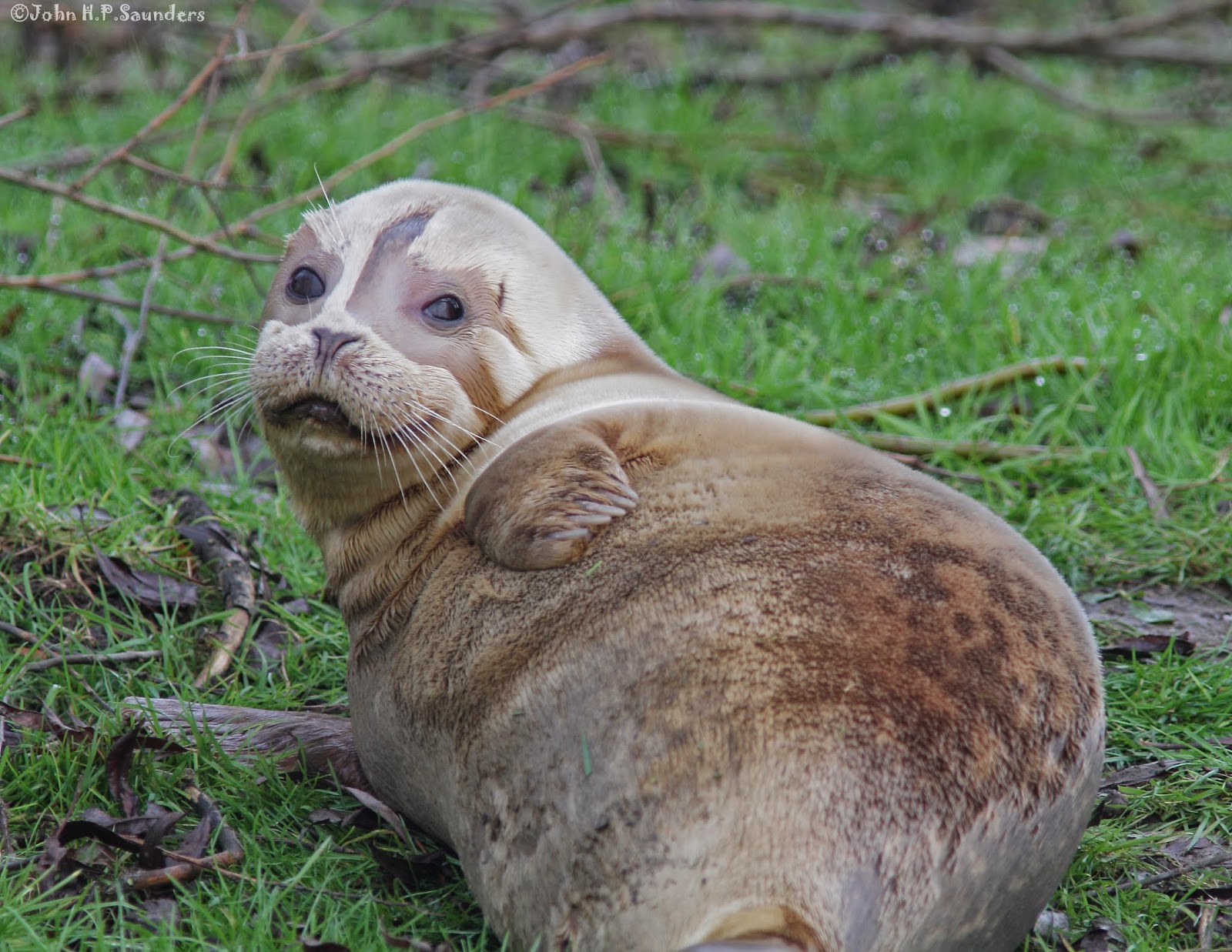 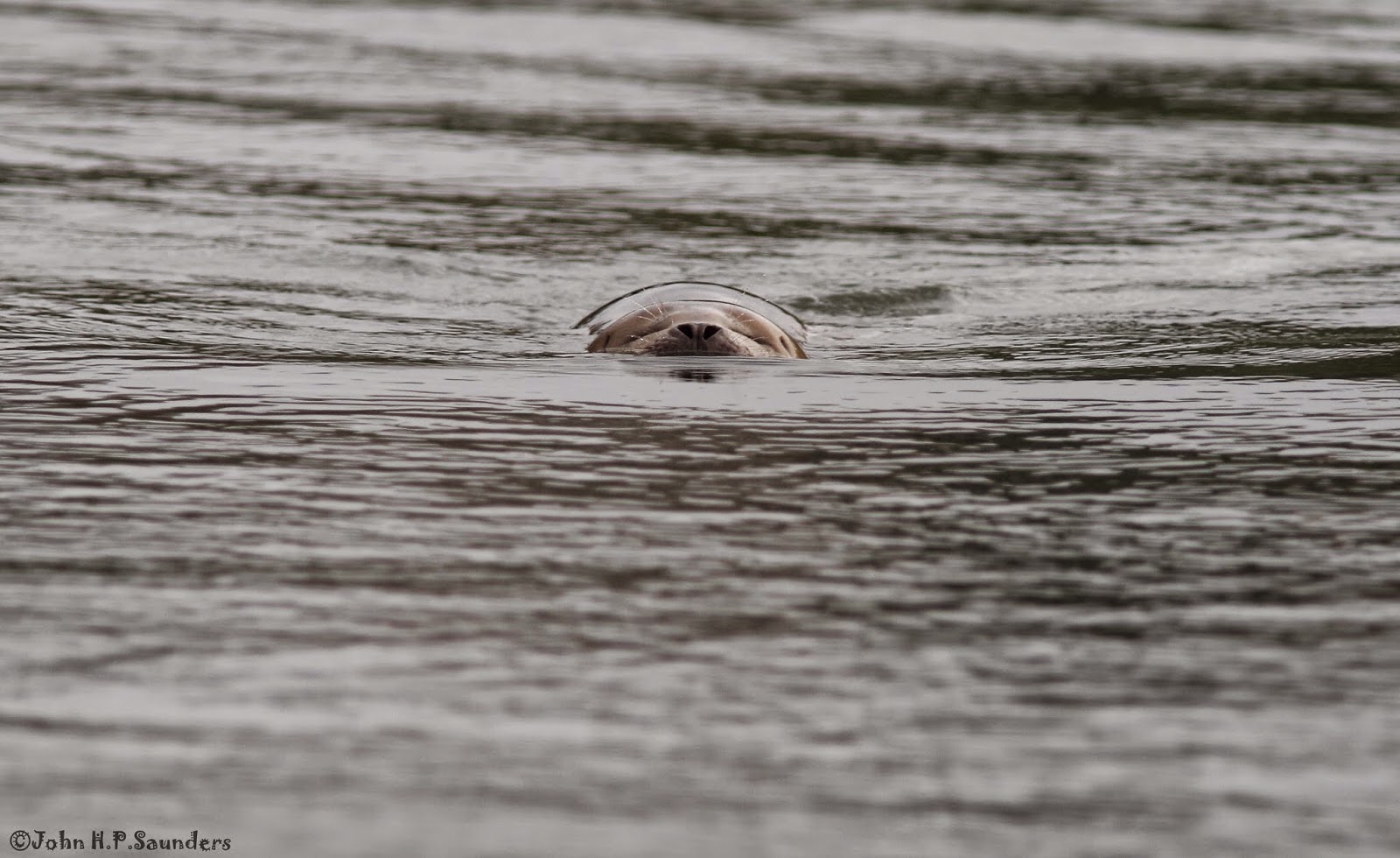 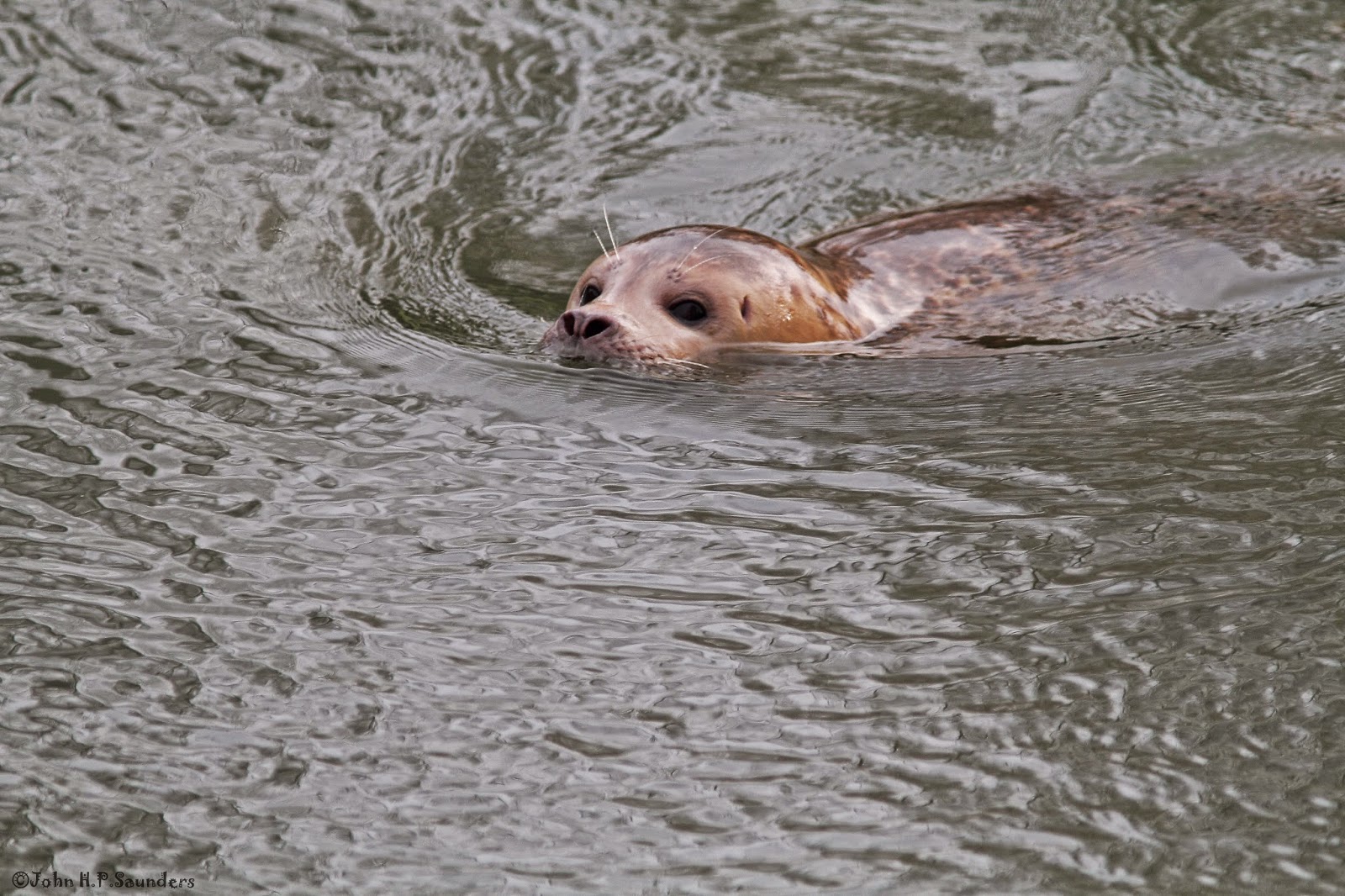 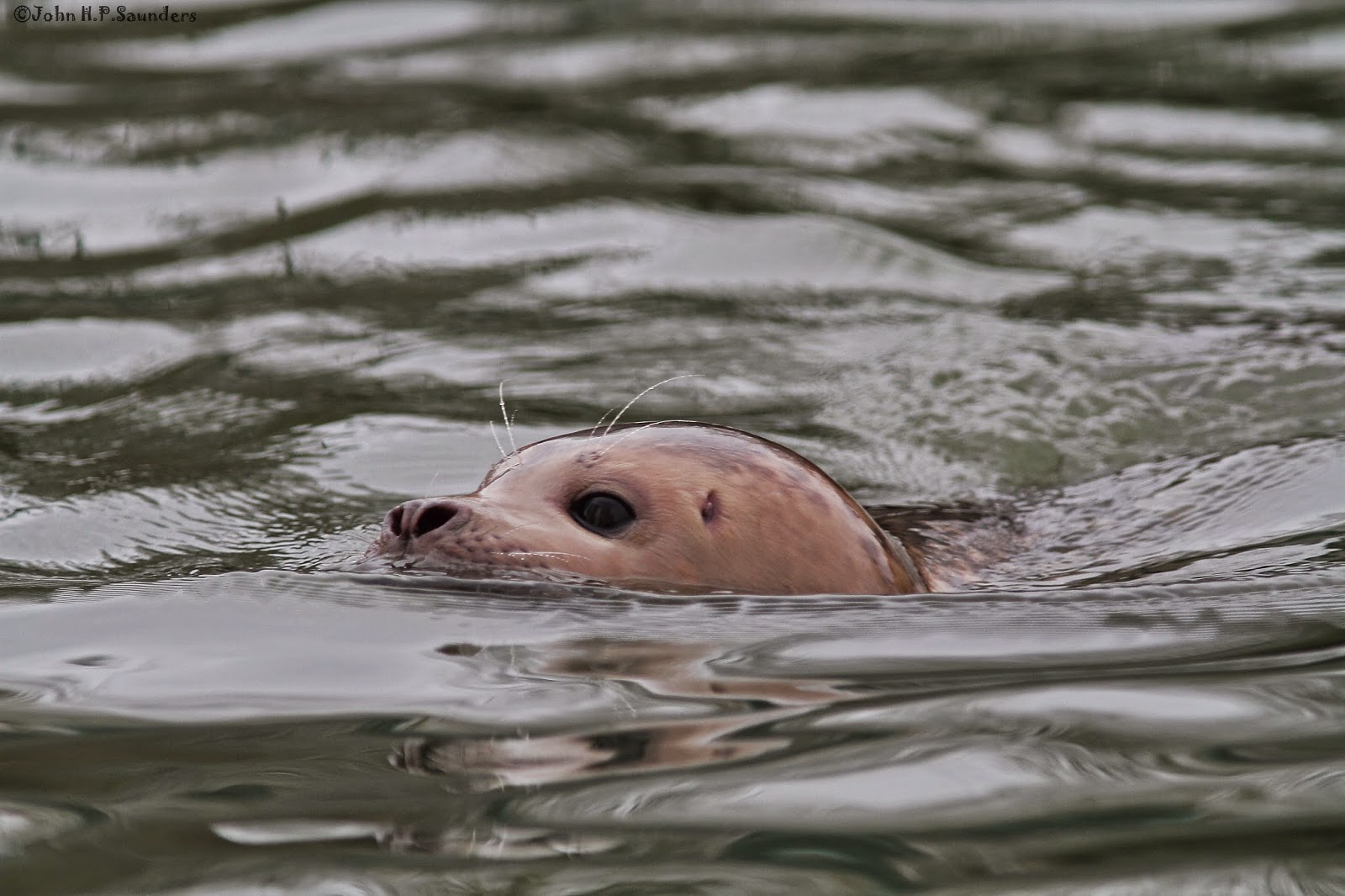 This Common Seal has been on a tributary of the River Welland in the village of Deeping St.James in south Lincolnshire for the past week or so. The area in question is part of the old canal that bought trade to the Deepings area in the 18th and 19th centuries, with the seal frequenting the 'Low locks' area. The canal leads to the River Welland, which in turn flows out into the Wash, which is obviously how this mammal has ended up 30 miles form the sea. The RSPCA is aware of the animals presence and says that as long as it remains healthy, it should find its' own way back in due course.

As I say, the seal has been present for about a week and the other day I decided to go and pay homage to something that I hadn't seen locally before. The animal was first spotted when I noticed a rather large bow wave coming towards me, reminiscent of 'Nessie', where it continued to swim nonchalantly past me and continue up stream. It is remarkably 'tame' and showed down to less than 3 metres, coming right up towards the camera and at one point too close to focus on! It is earning celebrity status, having appeared in local and national newspapers and also on the T.V. Time will tell if it manages to return to the sea, but at the moment it looks pretty comfortable in its' adopted home.
Posted by John at Friday, January 23, 2015 10 comments: 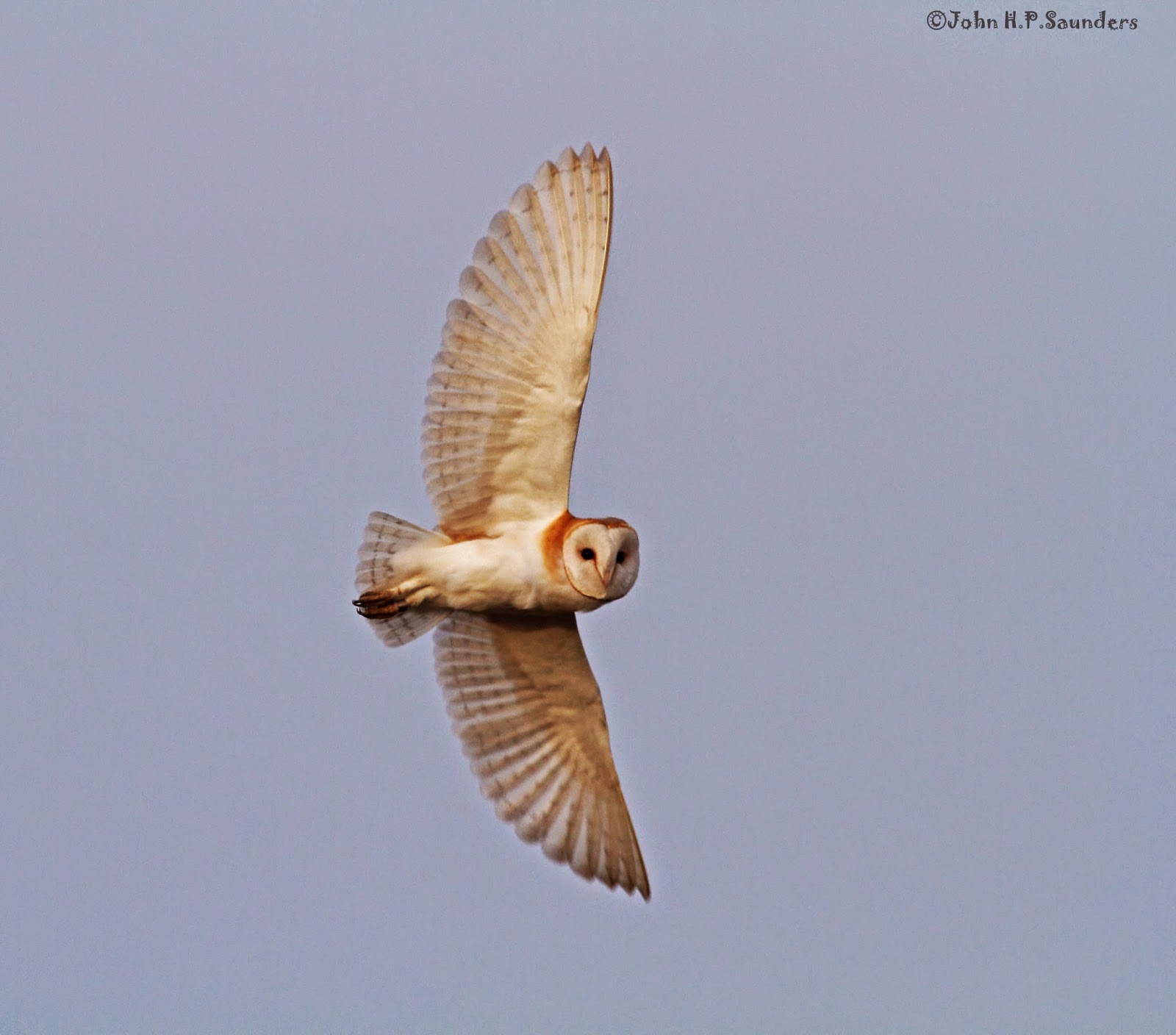 One of two birds that have been seen hunting over the small nature reserve just outside the village of Baston in south Lincolnshire. This site is pretty reliable for views of this iconic species, although numbers can vary.

Historically, the Barn Owl was probably the most common owl in Britain, but numbers have fallen from the middle of the 19th century to perhaps 12,000 pairs in the 1930's. Further declines have followed, linked with organochlorine pesticides to less than 5,000 pairs in the 1980's and to approximately 4,000 pairs in the 1990's. A recovery in numbers has occurred in some regions that can be correlated with the provision of nest boxes, suggesting that part of the decline was due to the loss of nesting sites. Weather can also play a factor with breeding success and inclement weather in the past has indeed led to the suspension of breeding, perhaps due to the poor condition of the adult birds.
Posted by John at Wednesday, January 14, 2015 21 comments:

More of the Ferry Meadows Stonechat 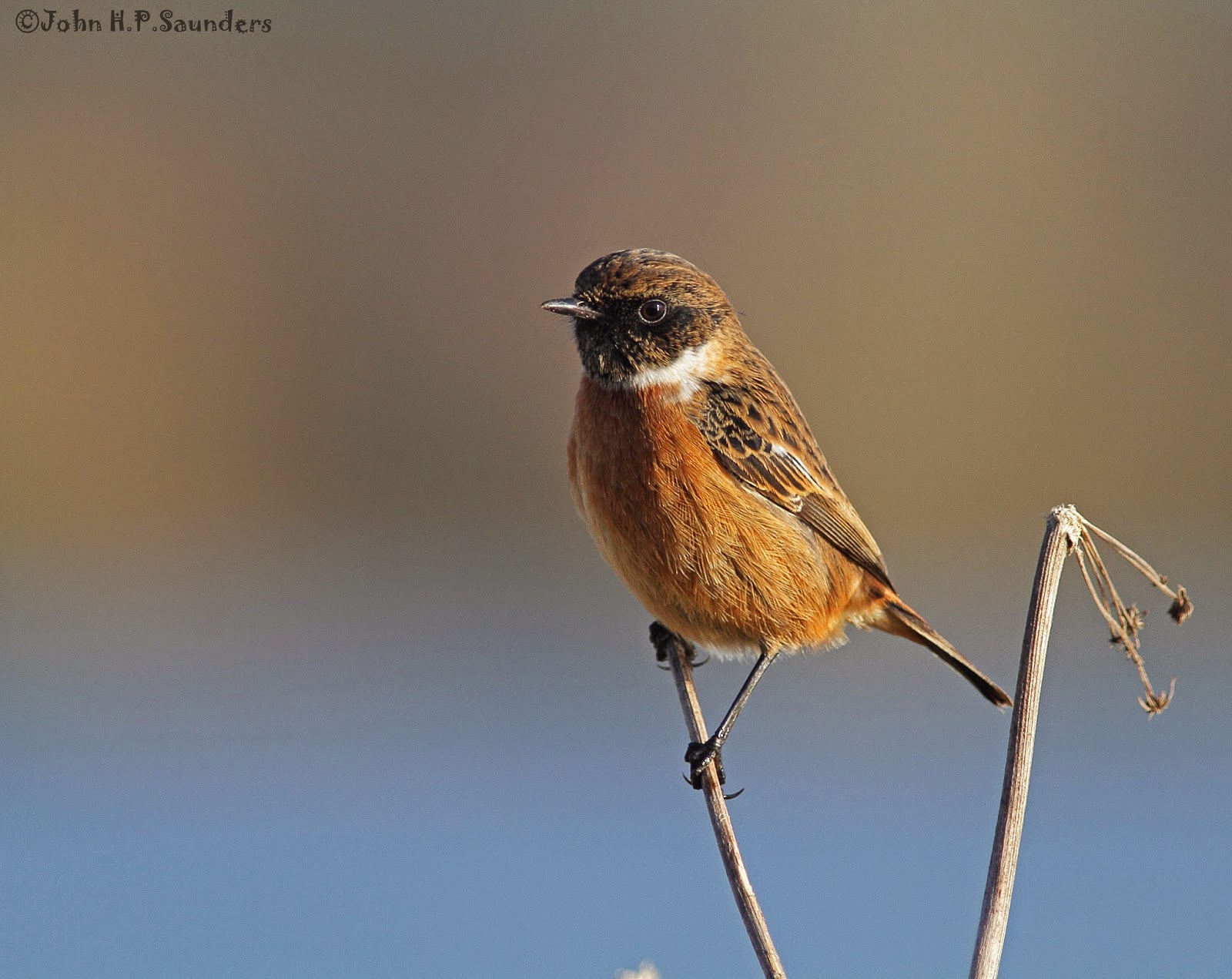 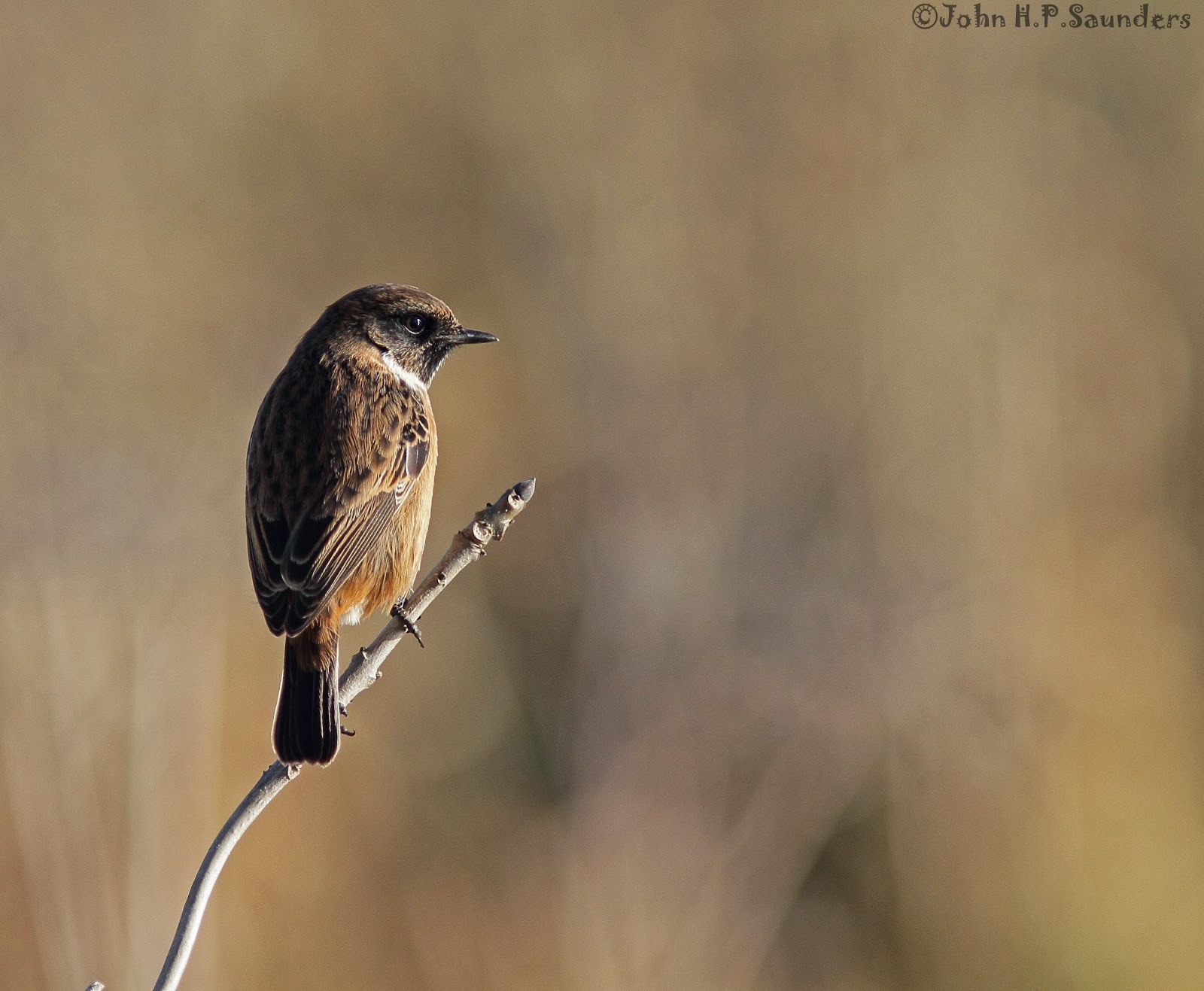 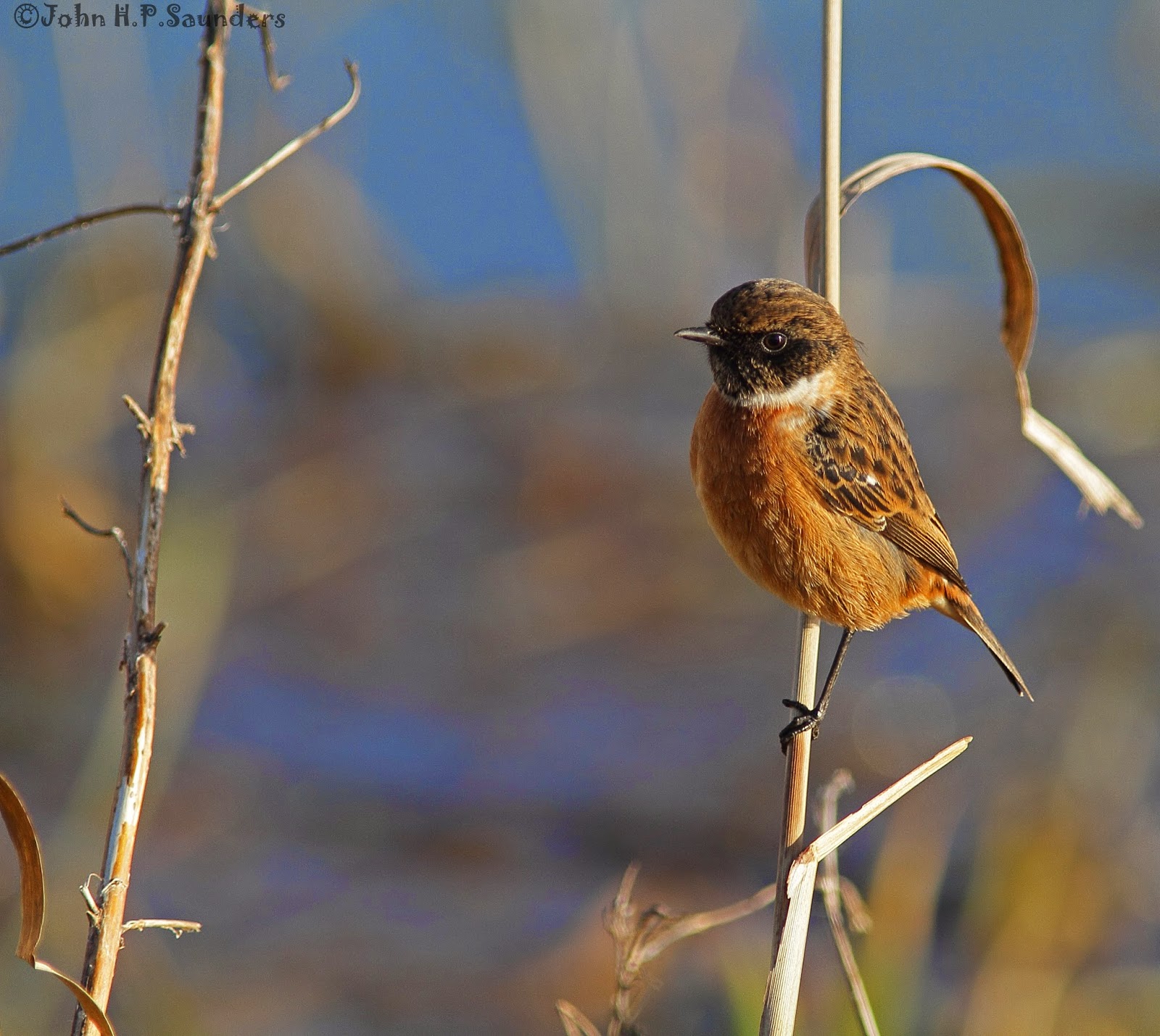 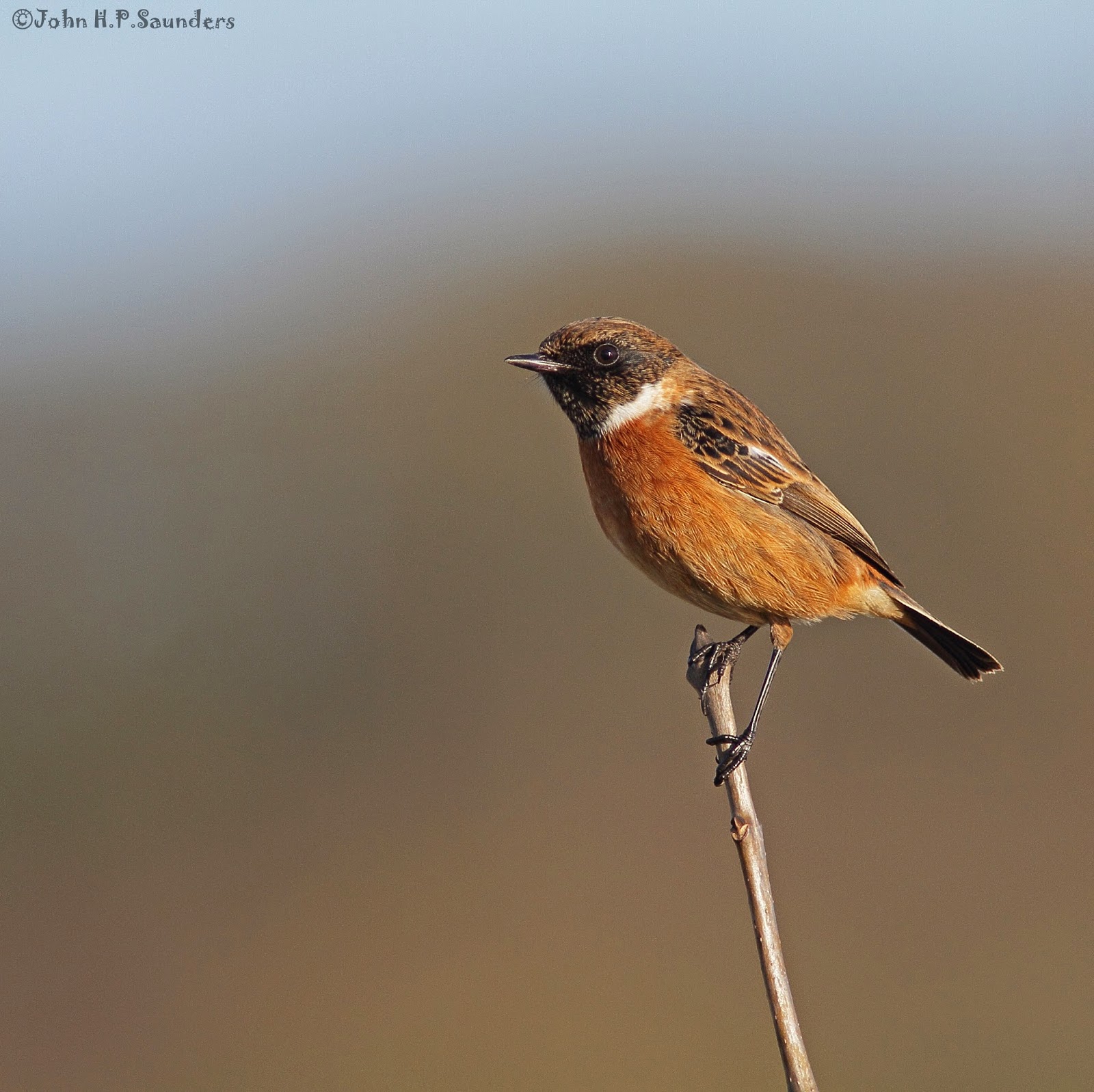 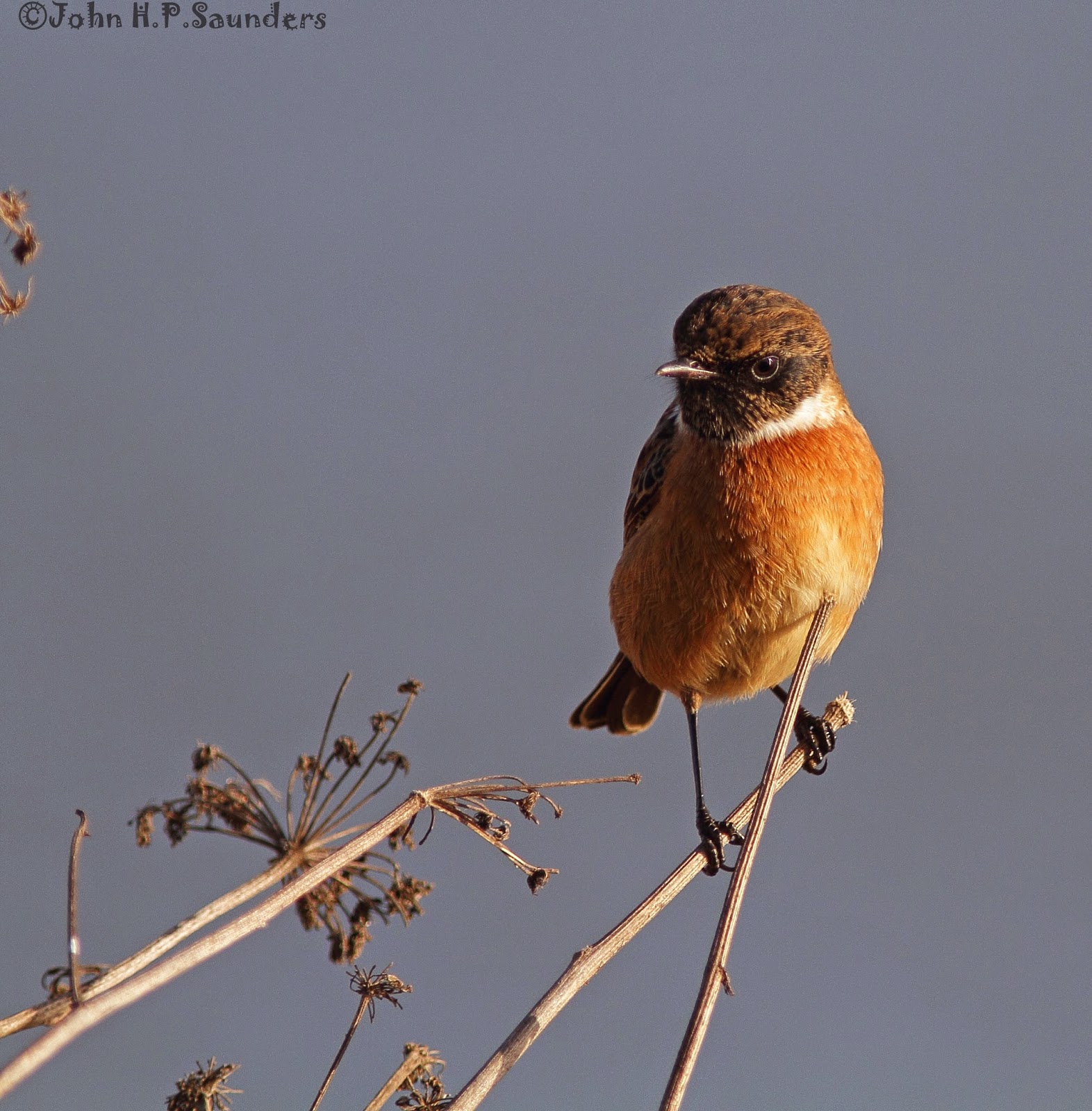 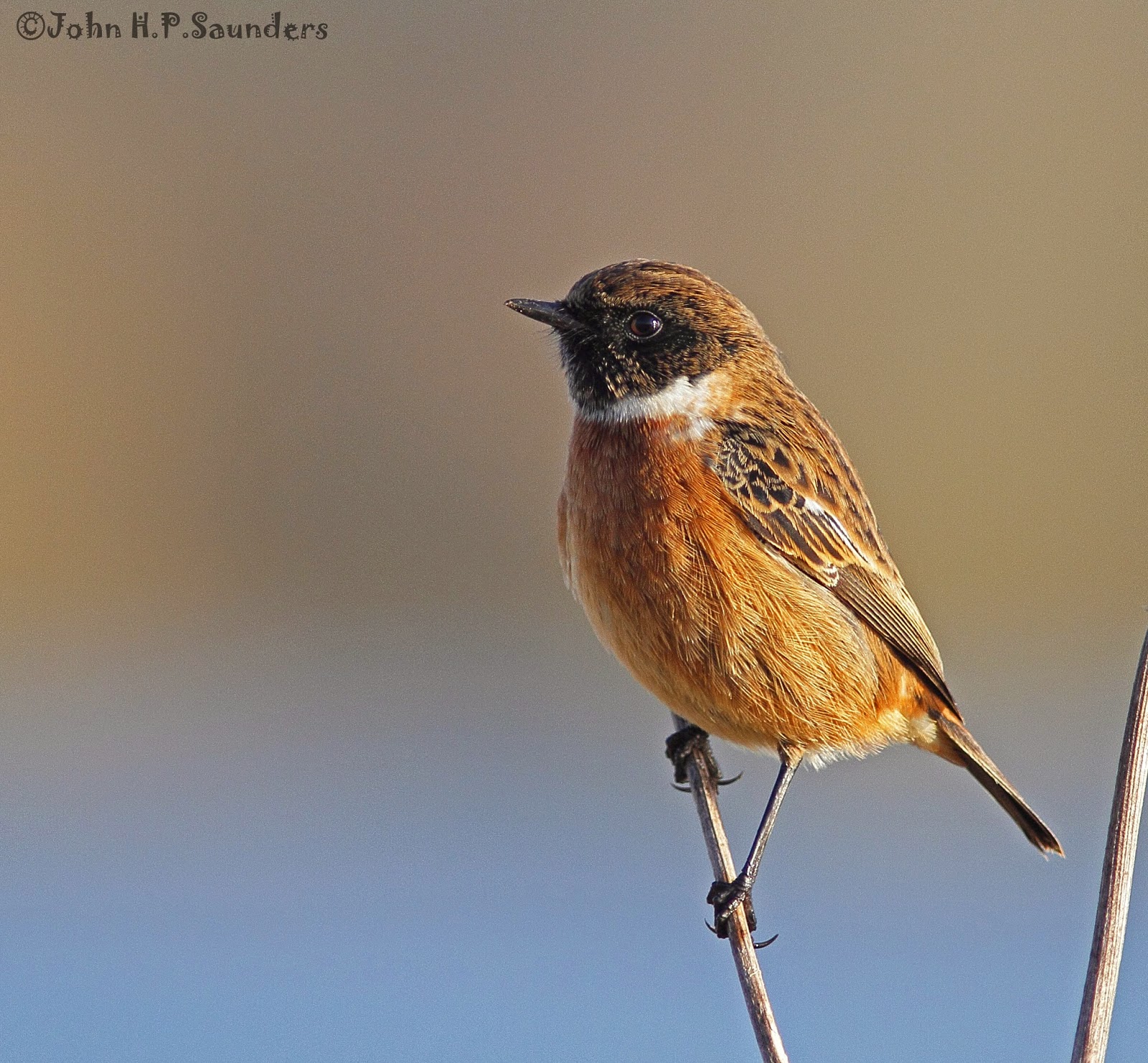 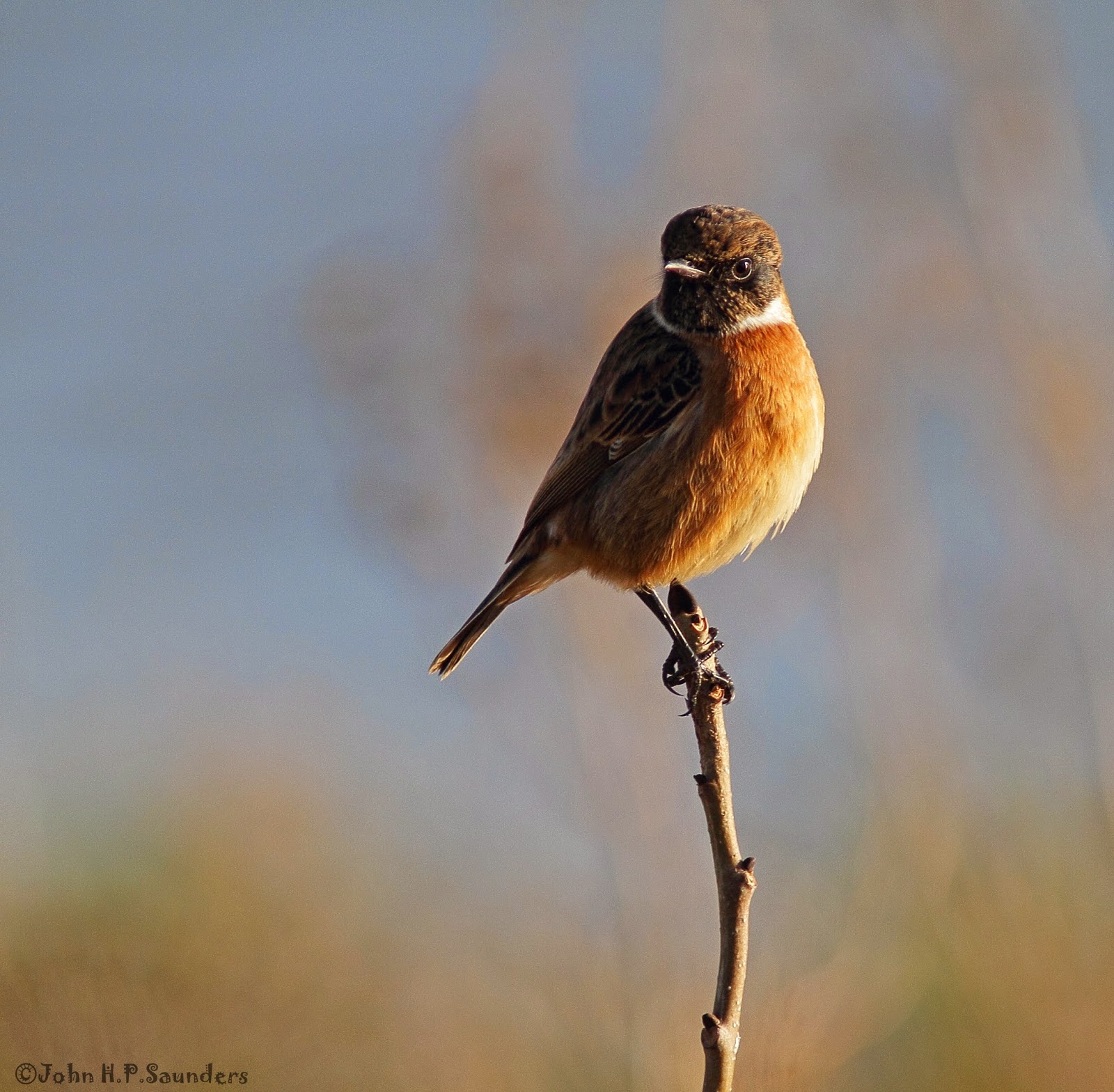 The male Stonechat is still present at Ferry Meadows CP in Peterborough and still lending itself to photography, especially on the gorgeous winter days that we have been experiencing.
Posted by John at Sunday, January 04, 2015 22 comments:

So, 2014 is over. The last of the Christmas pudding has been eaten and the last fireworks of New Years Eve have finally fizzled out and with it comes a clean year at which to look forward. 2015 will bring new challenges to us all, but as ever, I will be partially concerned with adding new birds to my life lists and trying to get anywhere near my PBC record total of 182. Yes, 182! During the dying embers of the previous year I managed to add another two birds to my 2014 PBC list, 4 Egyptian Geese at Deeping Lakes NR and a rather fine juvenile Glaucous gull at Dogsthorpe Star Pit. 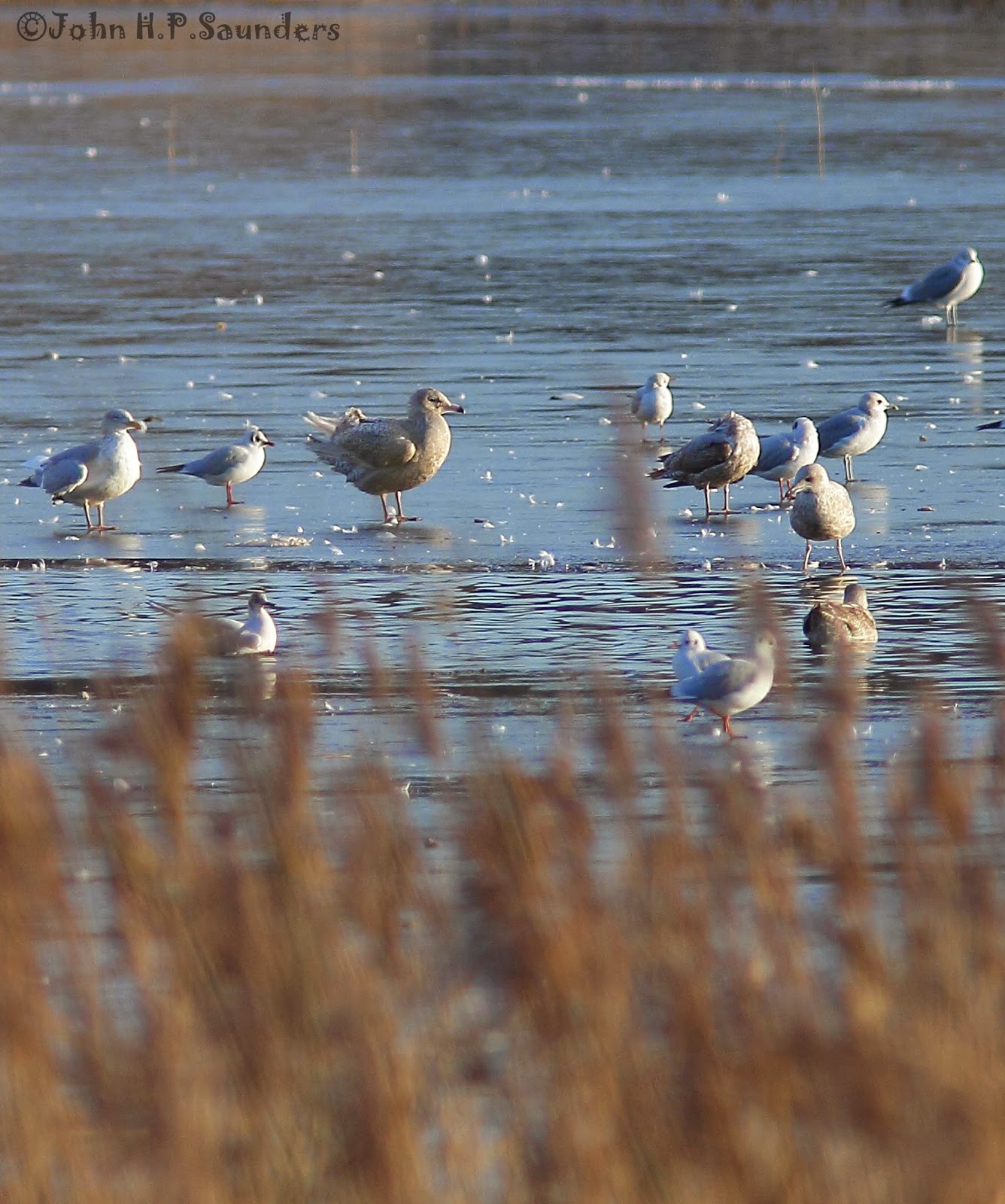 This big brute of a white winger was present along with a second year Iceland gull and was reported by Jonathon Taylor on the 29th December. And so, I ended 2014 as I had pretty much started, scanning thousands of gulls just outside the local tip in the hope of connecting with this rather fine specimen. 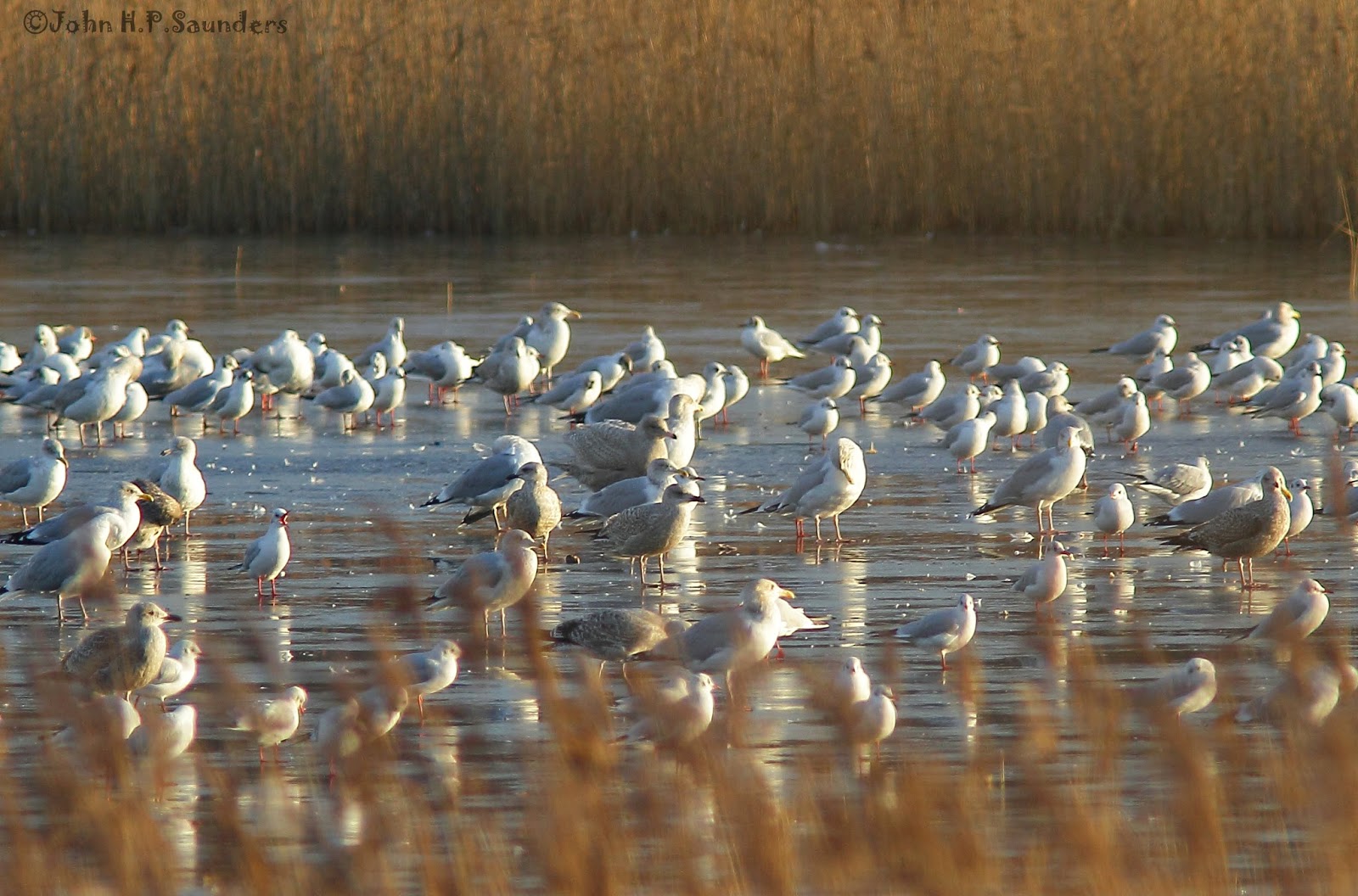