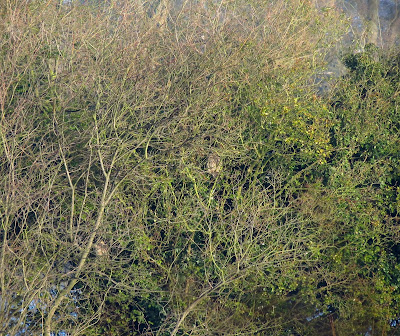 After going through the photos from yesterday once more, just hoping for a slightly better shot, I noticed this one that I had taken in which both Long-eared Owls are visible (sort of!).

Just to give you a better idea of what Chris and I were faced with in order to see these two owls I am showing you a photo of the island on which the owls are roosting. 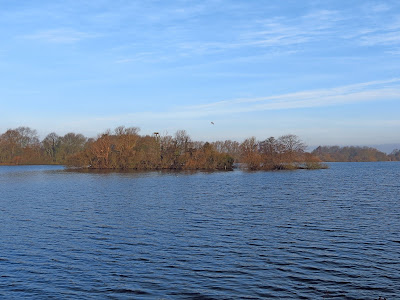 This was taken from the hide and gives you an idea of the distance and foliage involved. If you click on the above image you will possibly be able to see a white or pale piece of wood sticking out of the water on the right hand side of the left island, go upwards and to the left at about a 45 degree angle and that is where the birds are roosting. You will also see from the clicked on image an Osprey platform, complete with ready built nest, built in the hope that an Osprey will nest. Personally, I think this may prove in vain, but I would love to be proven wrong.
Posted by John at Thursday, February 28, 2013 16 comments: 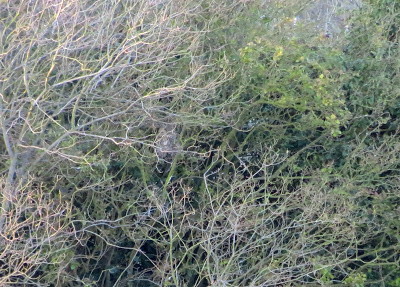 Long-eared Owls are notorious for roosting in dense shrubbery, thus leading to less than spectacular views. The two at Deeping Lakes this afternoon were no exception, leading to the above photo, just to show you how hard they are to pick out. Imagine trying to view something that is camouflaged, dead still and at a distance of at least 200 metres, then you begin to get the idea. As I said, there were two of these birds roosting on the same island that hosted a pair last year, presumably the same birds. 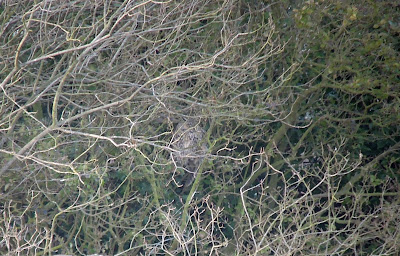 Is this any better? This was taken as a digiscoped effort with Chris's camera through my scope. I suppose that it's closer, if nothing else.
Posted by John at Wednesday, February 27, 2013 12 comments: 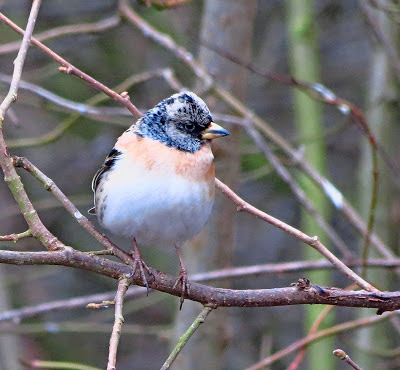 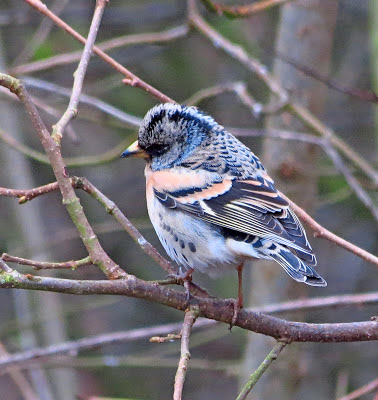 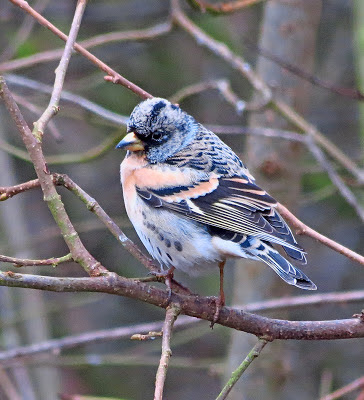 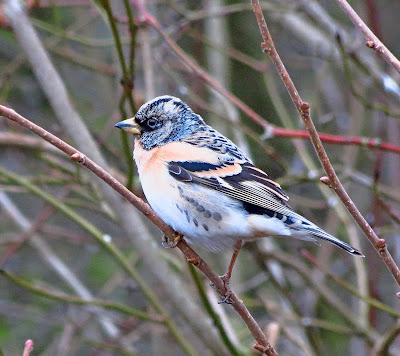 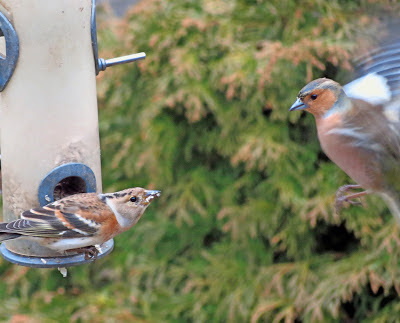 Today has been dull, dank and thoroughly miserable, a bit like my mood. Still licking my wounds a bit after a big 'dip' at the weekend, but at least I have still got a couple of these Scandinavian finches coming to the garden, I just wish that they would come when the sun is shining. The top 4 photos show a male Brambling with the bottom photo showing a feisty female telling a male Chaffinch exactly what she thinks of him!
Posted by John at Monday, February 25, 2013 18 comments: 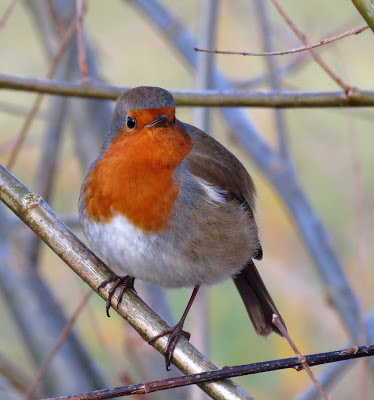 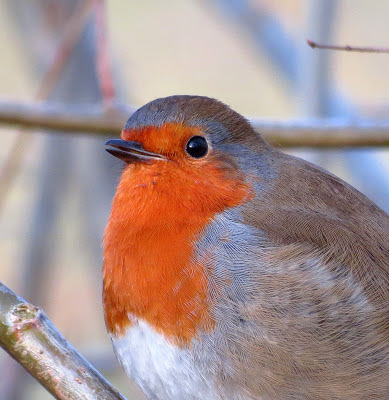 The wistful tune of the Robin, a tune that is heard both in the dark and the light, leading to people hearing Nightingales in peculiar places. A bird that is so familiar to us, but nonetheless beautiful. 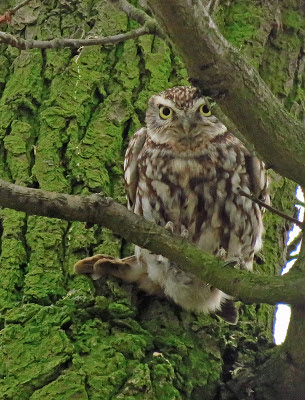 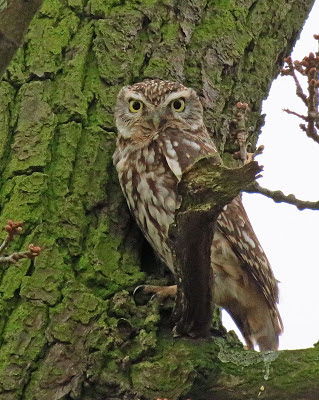 This Little Owl tends to be found in the same tree day after day, month after month and, as it turns out, year after year. The tree is close to the site of Maxey Gravel Pits and I have managed to see the owl in said tree for the past three years. 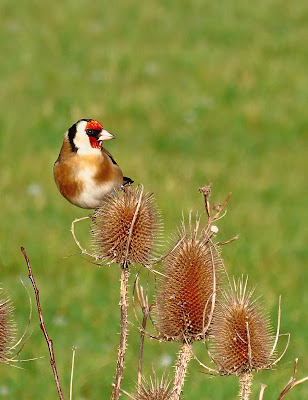 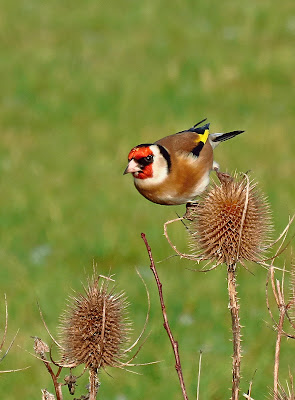 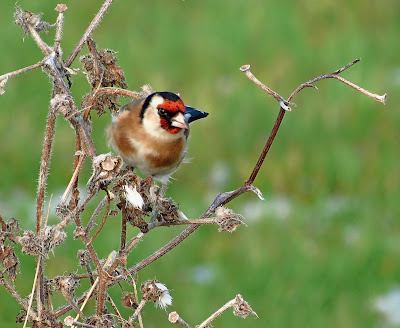 Not much going on in the birding world at the moment, shall I make that trip to Shetland?
Posted by John at Thursday, February 14, 2013 12 comments: 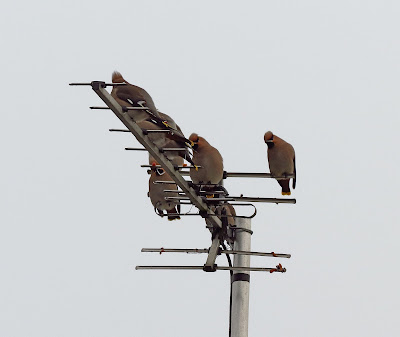 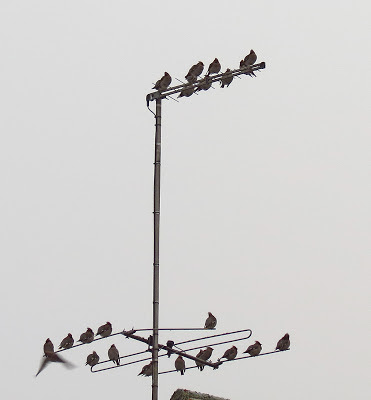 Something to Crow about

When you think of a Crow, I bet you think of a big black bird, something that isn't too exciting to look at. What I bet you don't think of is a bird that is pink, with black and white markings and has a flash of bright blue in its wing. The Jay is a member of the Crow family, but is so far removed from its cousins as to be thought of as a different species.

These birds are normally fairly shy, staying out of the view of humans, with occasional forays into the open when the acorns are ripe and ready to eat. This winter has been slightly different though, with the failing of large swathes of acorns, this normally shy bird has taken to come into gardens, one of which has been mine in Peterborough. We have had two of these birds visiting fairly regularly, taking loose peanuts as a replacement for acorns, surely something to 'crow' about!? 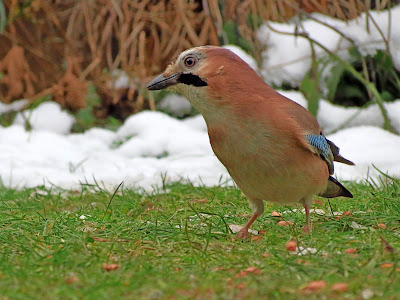 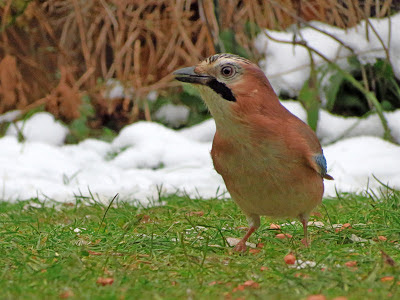 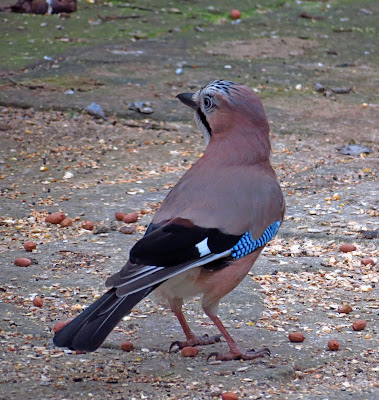 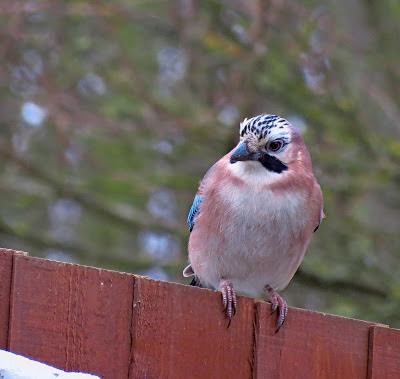 Birds in the snow

A couple of weeks ago we had some snow, not a lot, but it lasted for about a week and consequently things got a bit hard for our feathered friends.

Birds such as the Waxwing are used to harsh weather, coming from the European Tundra, but they were struggling to find the now depleted berries on which they feast. A few weeks ago these birds were everywhere, but now the reports are getting fewer and it is thought that they have moved off to Europe.


The Grey Heron is a familiar sight, but the one below looked decidedly 'miffed' at all this white stuff, curtailing his fishing exploits somewhat.

The gardeners friend, the Robin is adept at using us humans to find food, hanging around while we dig the borders and jumping down from his perch in order to grab a tasty morsel or two.

Times are hard for Owls at the moment, numbers of the Barn Owl are in freefall due to the wet summer and with snow on the ground they find it very hard to hunt.

My wife's favourite, the badger bird comes into the garden with a couple of his mates, feeds on the fatballs and is gone in a few seconds. A lot of these small birds won't survive long periods of cold.

The snow has now gone and some spring like weather has arrived. The birds are starting to sing more and several are starting to check out the nest boxes, just in time for another cold snap at the end of the week.
Posted by John at Monday, February 04, 2013 16 comments: