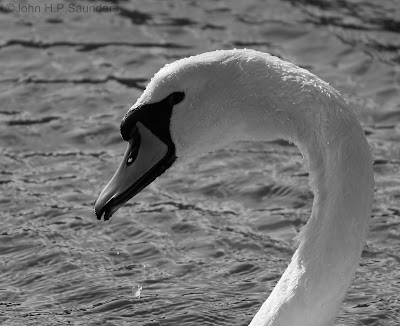 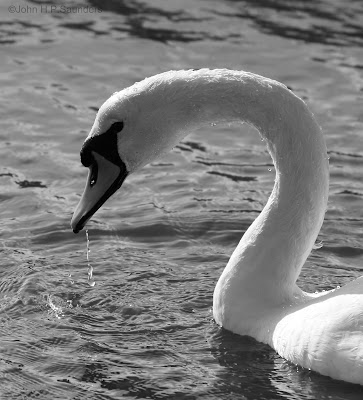 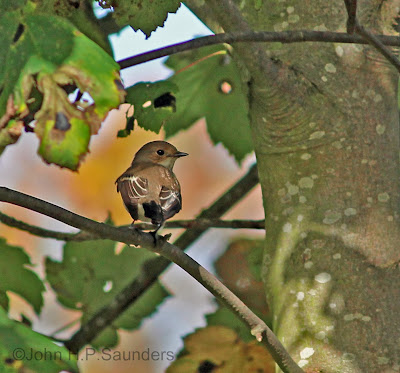 This first winter Pied Flycatcher was at Gibraltar Point in Lincolnshire on Sunday when Chris and I paid a visit. There wasn't an awful lot on show, although we did find a Richard's Pipit, a fairly scarce visitor to our shores from Siberia, but a bird that was extremely camera shy, to say the least.

I am still getting to grips with the DSLR, experimenting with settings etc. There is quite a lot to get my numpty head around, but I am endeavouring to become a better photographer, which will hopefully become apparent in the future! I am still some way off though!
Posted by John at Wednesday, October 23, 2013 12 comments:

Another trial with the new camera. This time with a bird that has been hanging around the local area for a while now, but time constraints have meant that I have been unable to catch up with this large white heron. That changed on Monday, with the weather being awful and so, not conducive to gardening and with the bird being reported from Maxey, my local patch.

It was first seen on the Maxey Cut, in the company of a couple of Little Egrets, but then flew to the adjacent field, where it stood and preened for a while. It then took flight and went out of view. 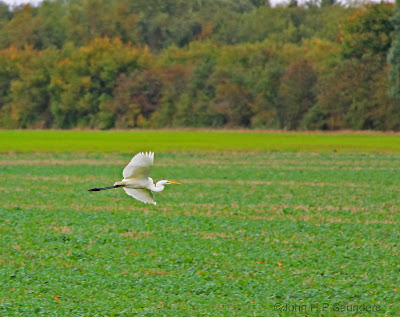 Again, not the greatest, but a `record` shot of this addition to my PBC year list.
Posted by John at Wednesday, October 16, 2013 18 comments:

Did you miss me?!

I finally managed to get out and do some birding yesterday, the first time really since June! The bird to get me out was a lifer in the shape of a Leach`s Storm Petrel at Rutland Water, a small sea bird that is fairly scarce inland, indeed, the last time one of these birds was at Rutland was back in 1989!

The bird was seen at distance just `bobbing` around on the water, but then took flight when 2-3 Black-headed Gulls decided to mob it. I am not sure if they were trying to eat the petrel, or just took a dislike to the bird, whatever their reason, it meant that the bird was seen in flight, showing its characteristic `v`- shaped white rump and pale wing-bars. 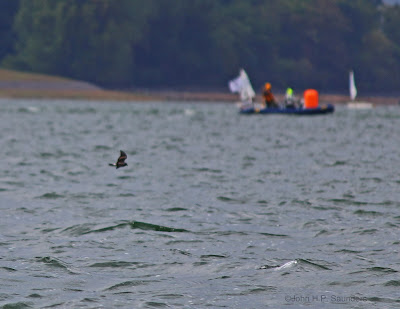 Not the greatest picture that you will ever see, but this was the first time that I have `aired` my new DSLR, but I have only got a 300mm lens at the moment, pennies are being saved for a better and longer lens!

It was good to get out again with my friend Chris Orders and also see other birders, hopefully it won't be as long before the next trip!

(Just in case you were wondering, the petrel wasn't eaten by the gulls and was still swimming around on the lake when we left!)
Posted by John at Monday, October 14, 2013 12 comments: