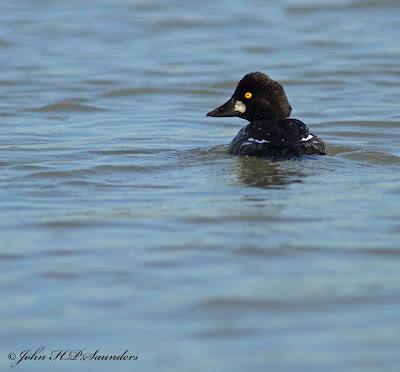 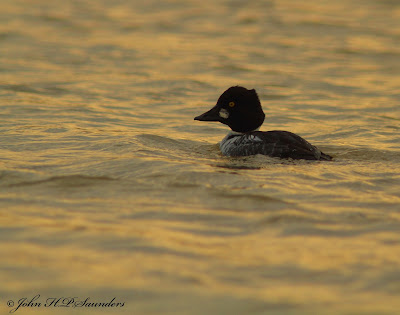 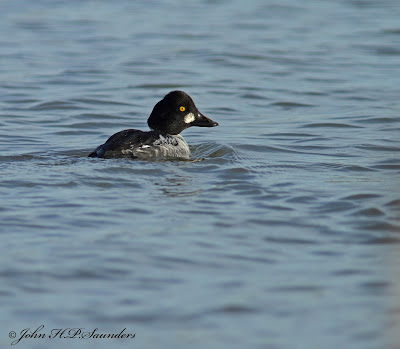 This first-winter male Goldeneye has been frequenting Gunwade lake at Ferry Meadows CP for the past week or so, hanging out with a flock of Tufted Ducks. Told from the female bird by the white loral spot (the white patch between the bill and eye) as the female has an all brown head. A much more dull bird than a full adult male, but he still has the piercing golden eye from which the bird gets its' name.
Posted by John at Tuesday, January 26, 2016 10 comments: 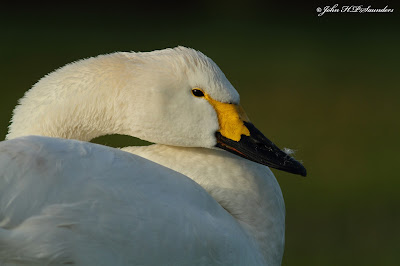 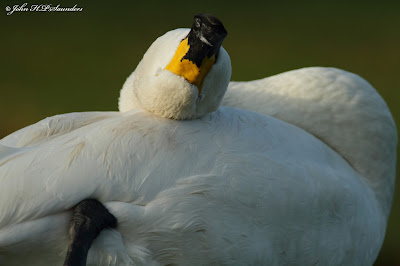 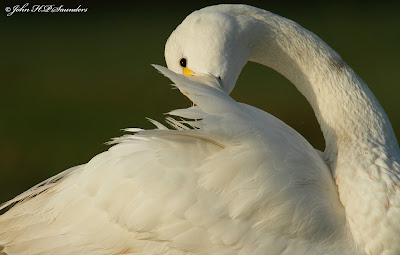 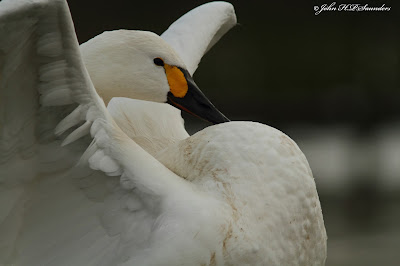 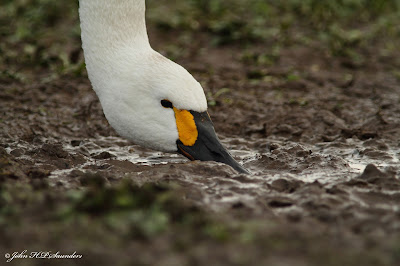 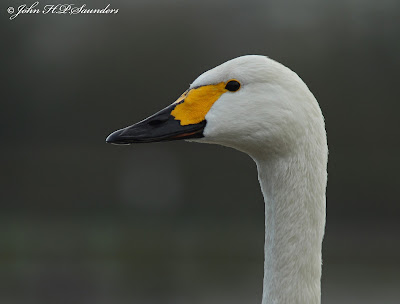 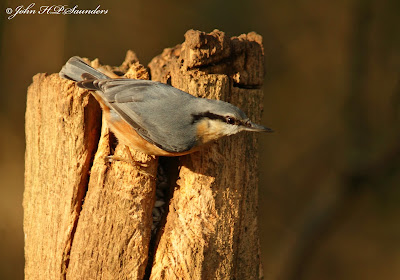 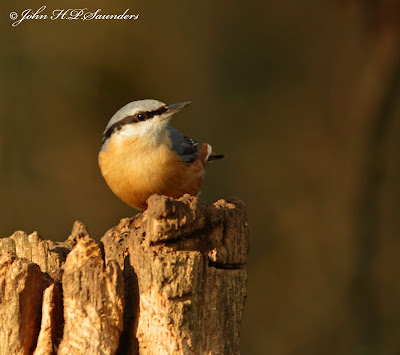 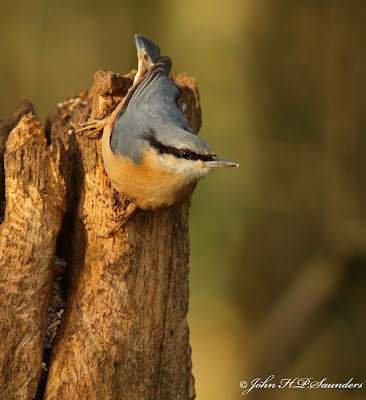 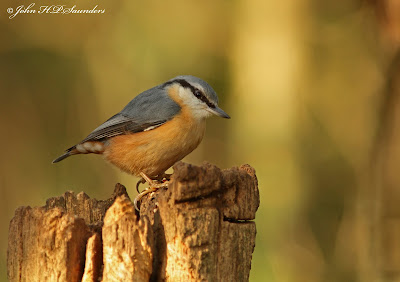 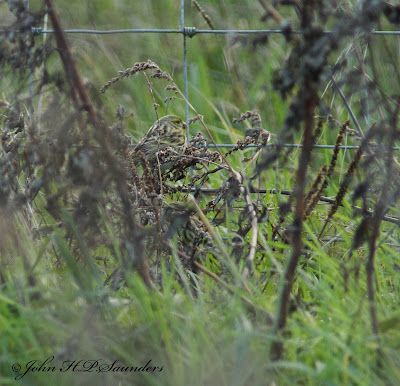 A dodgy photo (with more to follow) of one of the two Serins that have been frequenting Fen Drayton RSPB reserve in Cambridgeshire for the past couple of weeks, although the news only became common knowledge this Monday for whatever reason.

Another day, another 'lifer', that's two in less than a week! These small finches are pretty common in Europe and they do turn up in the UK every year, although a freezing cold January is not the usual time to find one, let alone two. They gave myself and Chris Orders the run around this morning, even leading us to leave the site thinking that they had gone, only to be called back by a kindly chap who had taken Chris's number. We were treated to okay views, with the two birds quite happily feeding extremely closely to the guided busway, but they were constantly obscured in some way. They flew after approximately ten minutes and after another view through a hawthorn bush and another flight view, we left, this time for good. 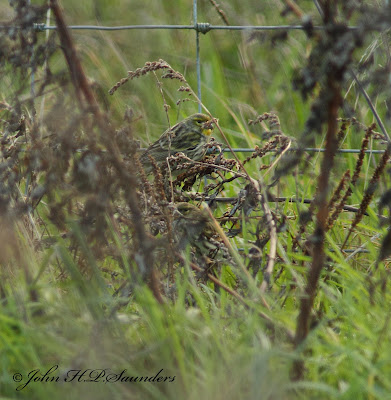 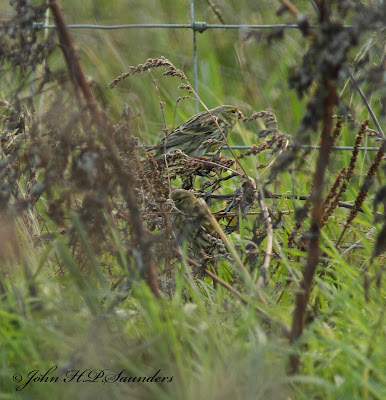 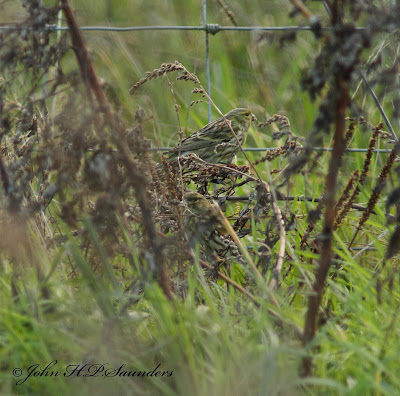 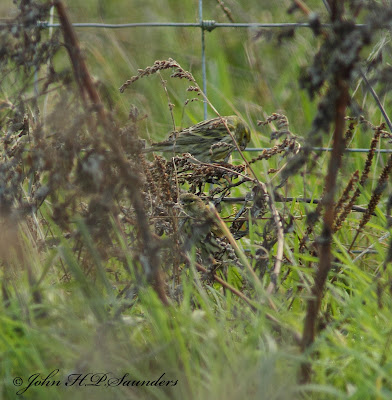 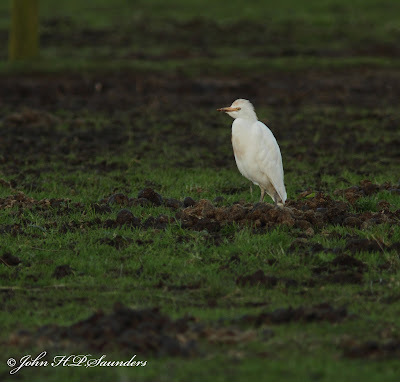 Yesterday was my first foray in birding this year and it took me into north Norfolk to try and catch up with the long-staying Pallid Harrier which has been seen close to the village of Flitcham. Mission was accomplished after standing in a rather wet and cold field for 2 and a half hours in order to get views of a rather splendid bird and first life tick of 2016, with the only downside being that the bird was over 300 metres away and refused to come any closer! A Cattle Egret being reported at nearby Pentney GPs caught my attention as I haven't seen one of these birds for a couple of years, so I decided to pay a visit on my way home. After discovering that the bird had relocated to the village, I found its' favoured horse paddocks and there was the bird quite happily following a horse and picking off anything that the animal disturbed. I stayed until the night drew in and when the bird flew, so did I. 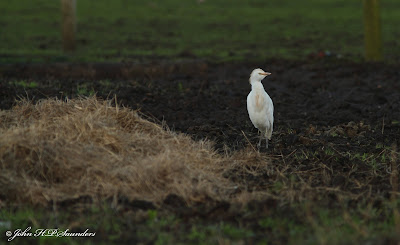 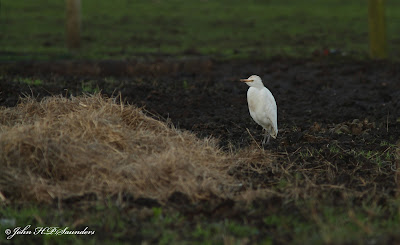 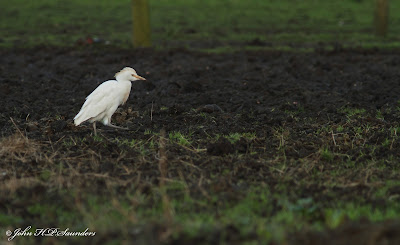 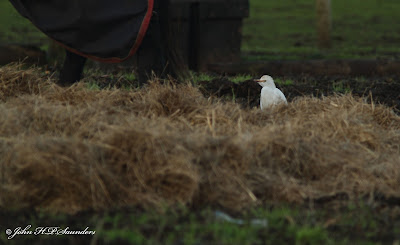 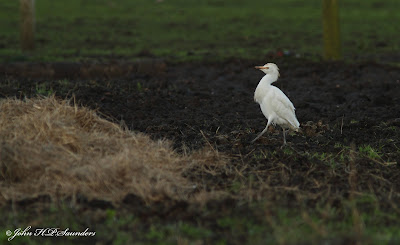