On Saturday Chris and myself went to Cley in Norfolk for a spot of seawatching, not actually watching the sea, but watching the passing seabirds at the coast. The winds weren't that favourable, but good numbers of Gannets, Great Skuas, Arctic Skuas, Kittiwakes and Common Scoters were seen. A few Sooty Shearwaters and a couple of close Manx Shearwaters also flew by and thanks to the experise of Chris and the others watchers there I got my first known sighting of a Long-tailed Skua as it passed by far out to sea.

Things started to quieten down and so we decided to pay a visit to Holme dunes to see if we could catch up with the recently arrived Red-breasted Flycatcher, a 'lifer' for me and also to see the long-staying juvenile Barred Warbler (not a lifer, but a good bird nonetheless). The Flycatcher was a bit of a tease, staying deep in cover before flying over the heads of the assembled crowd and sitting in a Sycamore tree, where it proceeded to give us glimpses of itself. Not brilliant, but a life tick for me, two in one day!

The Barred Warbler was a lot easier to spot, feeding constantly in an Elder bush and although distant, gave good views. 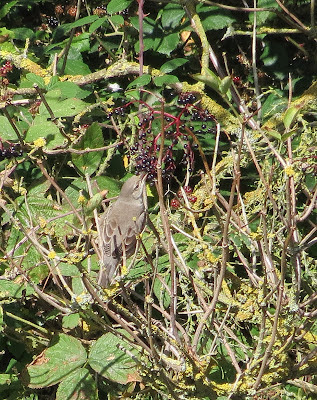 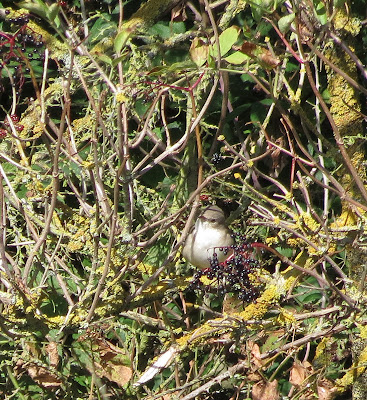 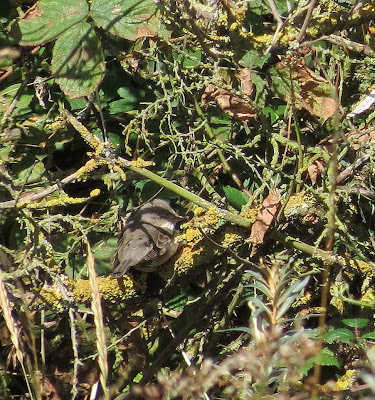 Thanks to Chris for another good days birding.
Posted by John at Monday, September 24, 2012