A first-year Iceland Gull was reported at Ferry Meadows CP yesterday, apparently showing rather well through the fog. Upon my arrival, the bird had moved to the far side of Gunwade Lake, but could be seen just bobbing around on the water. I walked around the lake to see if I could get any closer, whereupon the bird decided to fly into the middle of said lake and then fly to where I had just been standing, ARRRGH! I managed to get a couple of shots of this addition to my PBC year list, a record equalling total for me of 179, which considering the lack of birding done this year, isn't too bad. 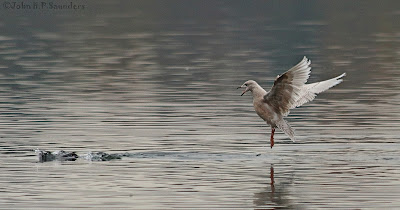 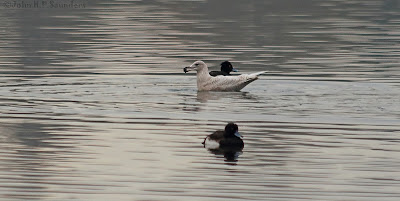 The bird then flew high and to the west, not to be seen again.
Posted by John at Tuesday, December 03, 2013