Another site visited in Norfolk was the beach at Salthouse in order to see Snow Buntings. This site is normally a very reliable one at which to see these lovely little visitors, however on this occasion, there were none present. I wasn`t too disheartened though as there were some very obliging Turnstones that seemed quite unperturbed by my presence which allowed me to get the shots below. 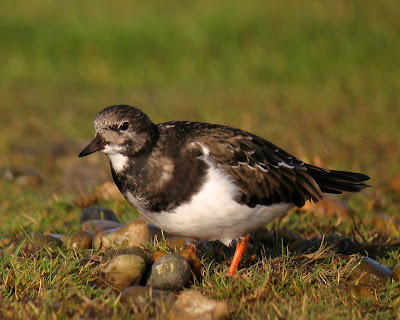 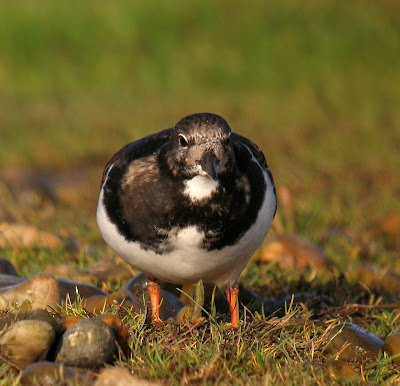 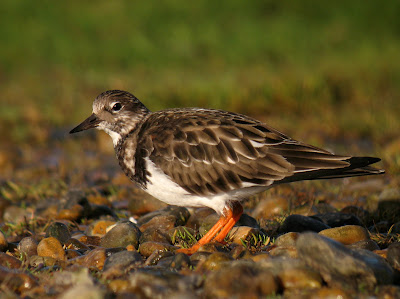 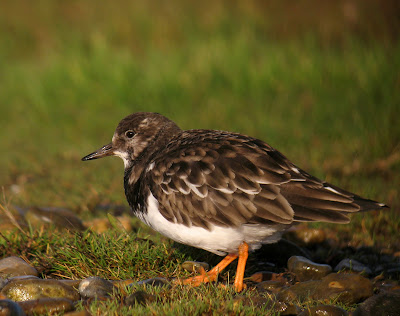 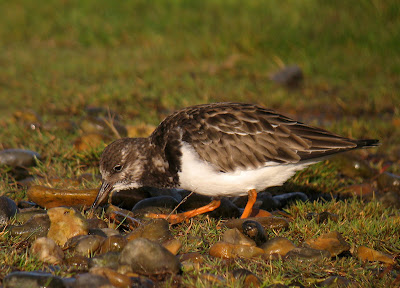 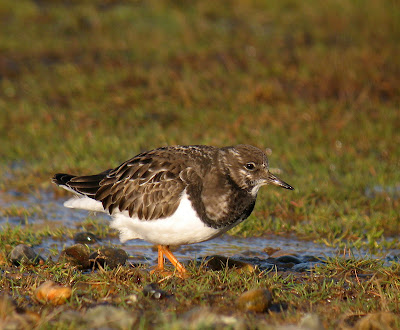 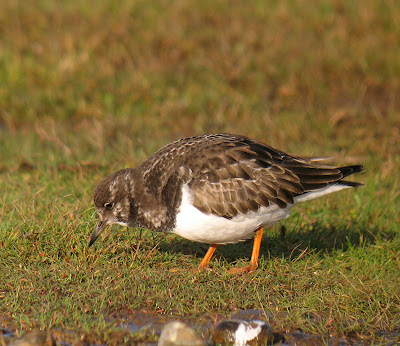 This is a bird that does not breed in Britain, although there are strong indications of possible breeding in Scotland, indeed the ones that we see in this country breed in northern Europe, Greenland and north-east Canada. The ones from northern Europe pass through Britain in July and August on their way to winter in Africa. Those from Canada and Greenland arrive in Britain between August and October and remain until May when they will return to their breeding grounds. Some 64,000 of these birds spend the winter around our coastline, a number which has dropped in the last ten years, possibly due to changes in shellfish distribution.
Posted by John at Thursday, December 08, 2011