It wasn't that long ago that these birds were confined to the wilder parts of the country. Now, they are the most common bird of prey in the British Isles. This has led to calls for their culling, most notably a few months ago by certain members of the Tory party, which in turn led to public outcry. Thankfully, this 'cull' was cancelled, but persecution still continues. Huge numbers of this bird are poisoned and killed each and every year, illegally and some people have been prosecuted for this, but the punishment is not severe enough, in my opinion.

Up until recently I have never been able to get a photo of a Buzzard, they are very wary creatures and fly and the slightest movement. Not surprising really! At the weekend success was had by staying in the van and getting lucky. 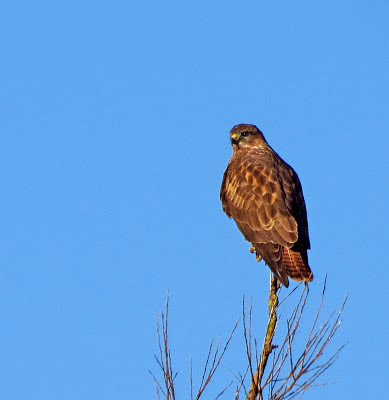 Below is an attempt at a shot of one soaring. Not great, but fairly pleasing. 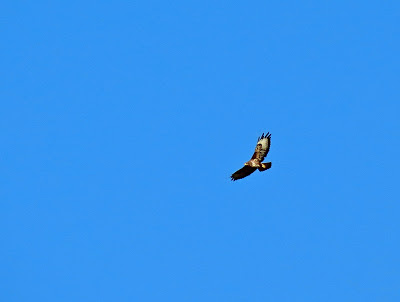 We live in a supposed civilised country, surely it is time for the persecution of this and all other birds of prey to stop. I live in hope.

If you want to help click HERE, it is a link to the RSPB website and their campaign to end this killing.
Posted by John at Friday, November 23, 2012