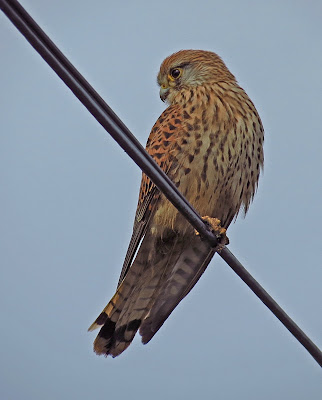 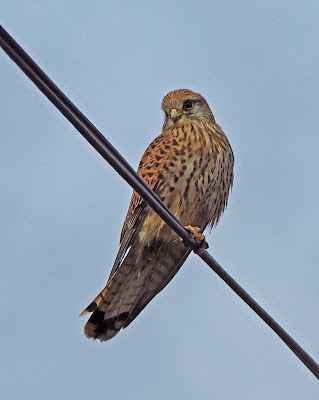 The Windhover is another name for the Common Kestrel. This bird, once the most common bird of prey in the U.K. is a familiar sight to most people, especially those who do a lot of driving as the bird is frequently seen hovering over roadside verges.

These birds are typically nervous when it comes to human beings and normally fly before I can get anywhere close enough to get a half-decent photo with my little camera, but the other day I saw and heard a pair mating, with the female seemingly nonchalant as to my presence, which enabled me to get the above shots whilst remaining ensconced in my van. The male wasn't as accommodating, staying fairly distant, but still within half-decent range. 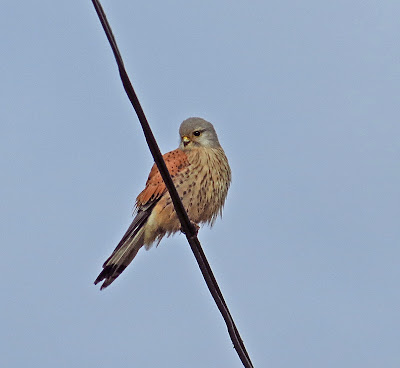 The female posed for a bit and then decided to do a bit of hunting right by my window, result! 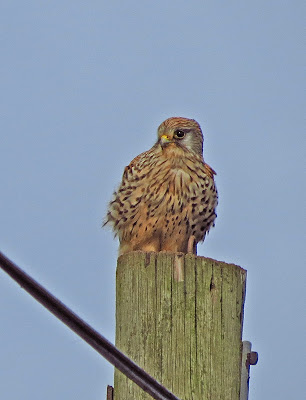 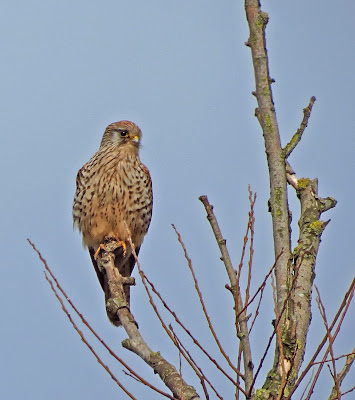 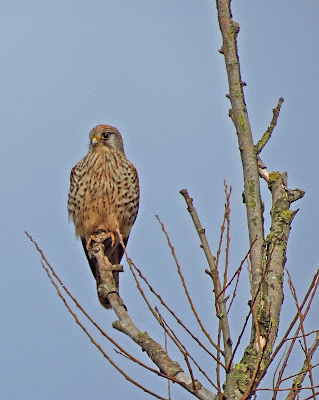 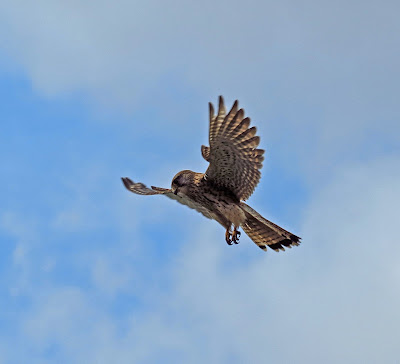 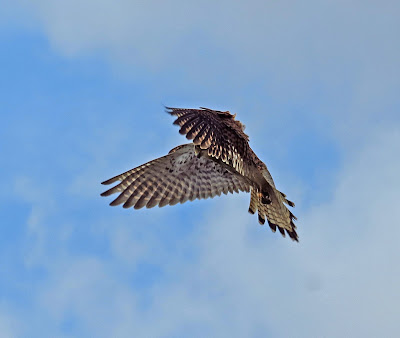 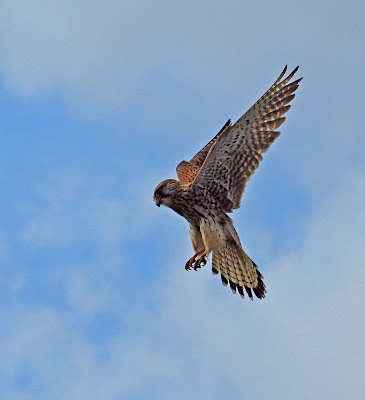 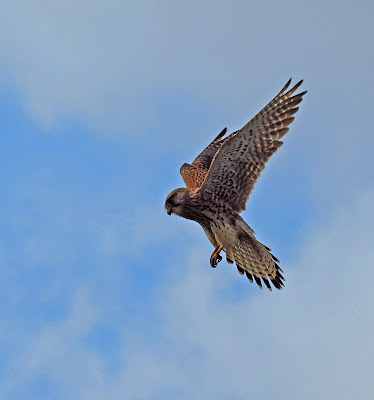 Okay, not the greatest shots that you will ever see, but I am fairly happy with them!

"I caught this morning morning's minion, king-dom of daylight's dauphin, dapple-dawn-drawn Falcon, in his riding
Of the rolling level underneath him steady air, and striding
High there, how he rung upon the rein of a wimpling wing
In his ecstasy! then off, off forth on swing,
As a skate's heel sweeps smooth on a bow-bend: the hurl and gliding
Rebuffed the big wind. My heart in hiding
Stirred for a bird, – the achieve of, the mastery of the thing.
Brute beauty and valour and act, oh, air, pride, plume, here
Buckle! AND the fire that breaks from thee then, a billion
Times told lovelier, more dangerous, O my chevalier!

No wonder of it: shéer plód makes plough down sillion
Shine, and blue-bleak embers, ah my dear,
Fall, gall themselves, and gash gold-vermilion."
The Windhover by Gerard Mauley Hopkins
Posted by John at Saturday, March 23, 2013