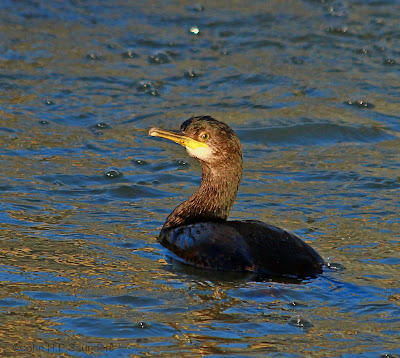 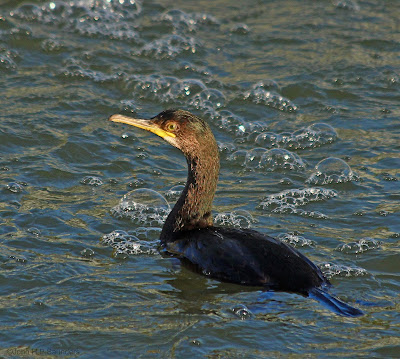 A fairly common bird on the coast, but pretty scarce inland. This is only the second Shag that I have seen in the PBC area, adding to my year list nicely. The bird had been reported a few days previously on the Lincolnshire Bird Club website, but news only filtered through to me on Wednesday this week, but I need not have feared, as the bird was still present close to the weir at Hudd's Mill on the River Welland in Stamford.

A smaller relation to the more common (inland) Cormorant, which can be told apart from its' larger cousin by its' size and overall shape (it being a lot slimmer), uniformly pale brown plumage and it also has a thinner and more yellow bill.
Posted by John at Saturday, November 16, 2013