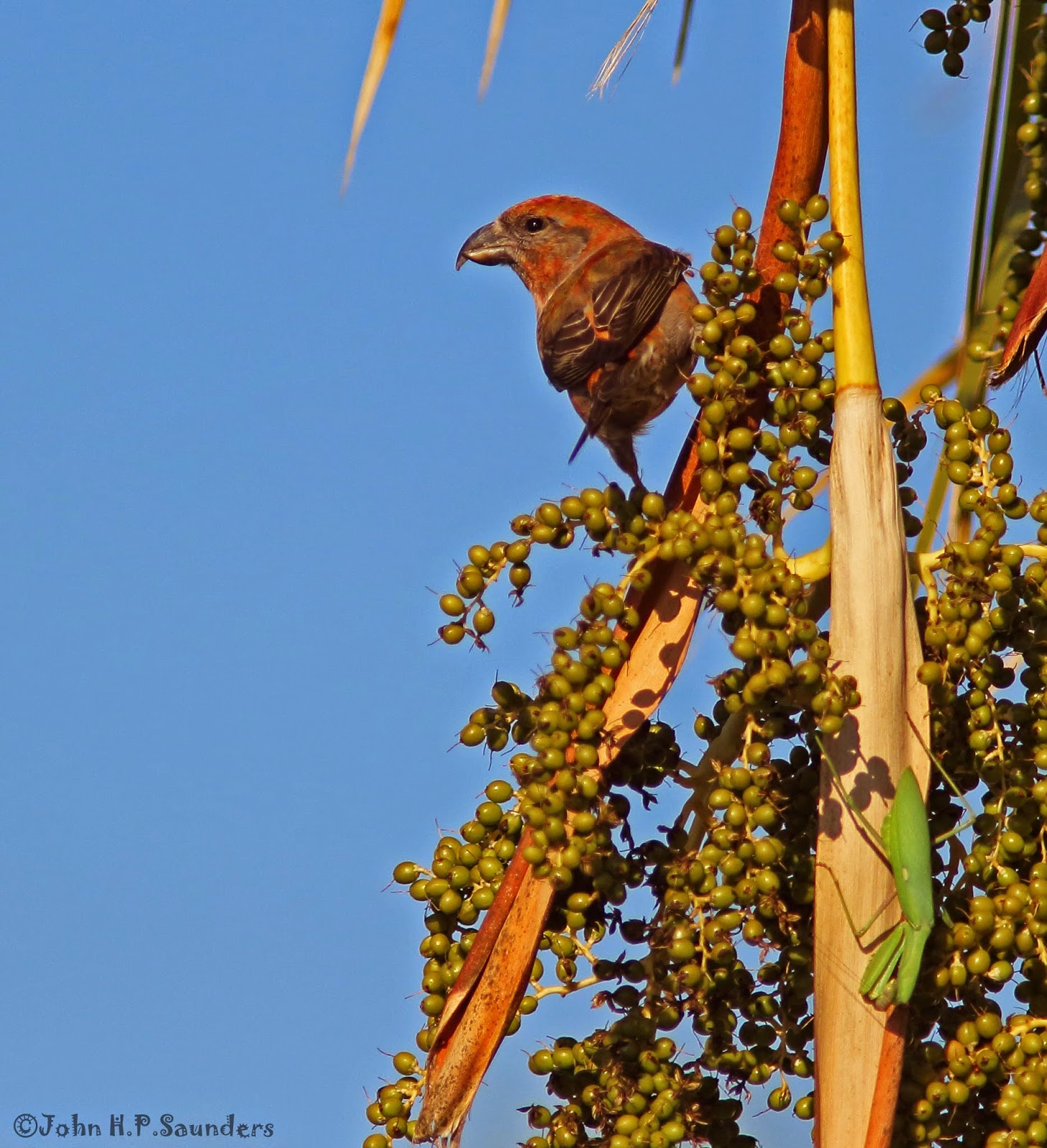 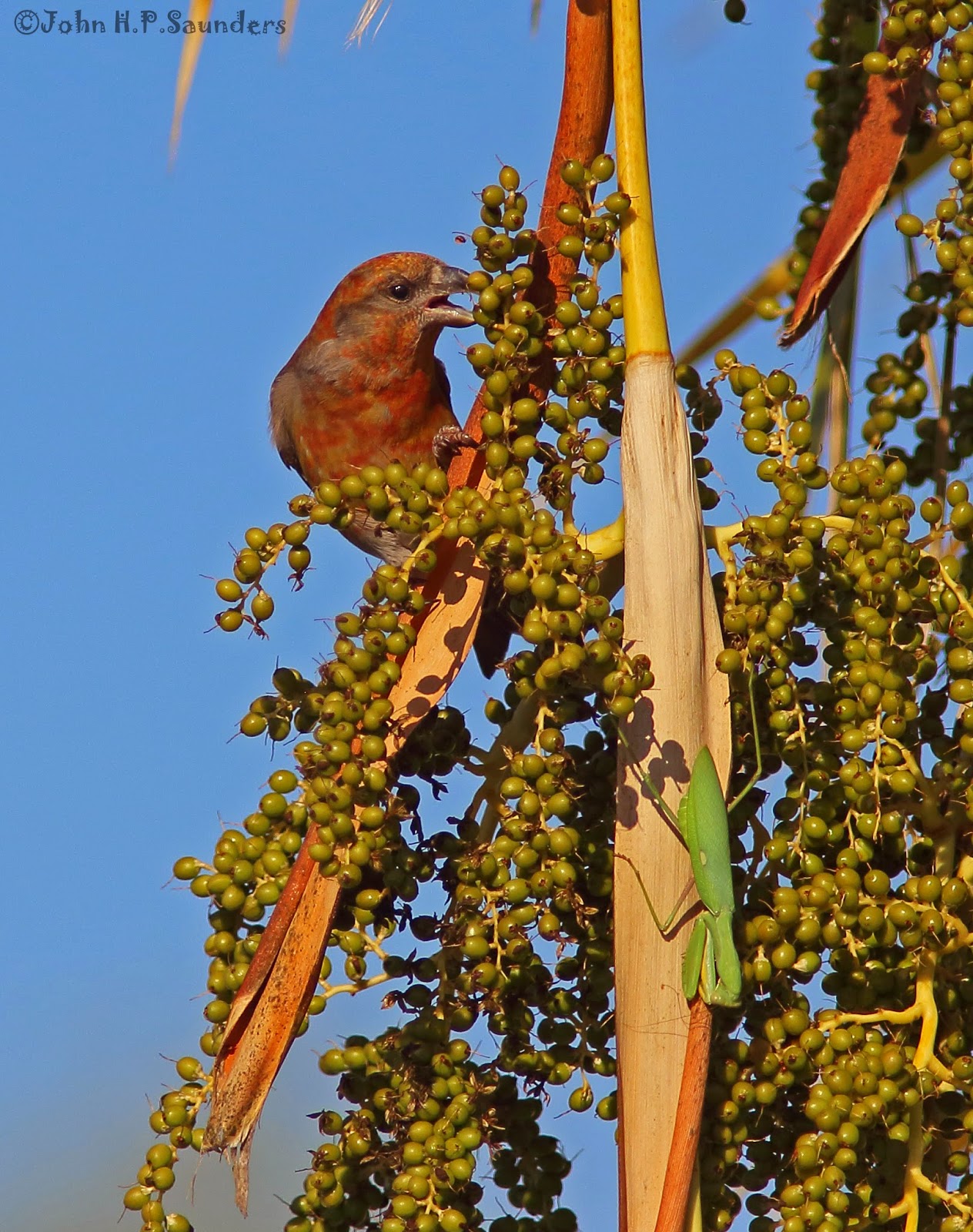 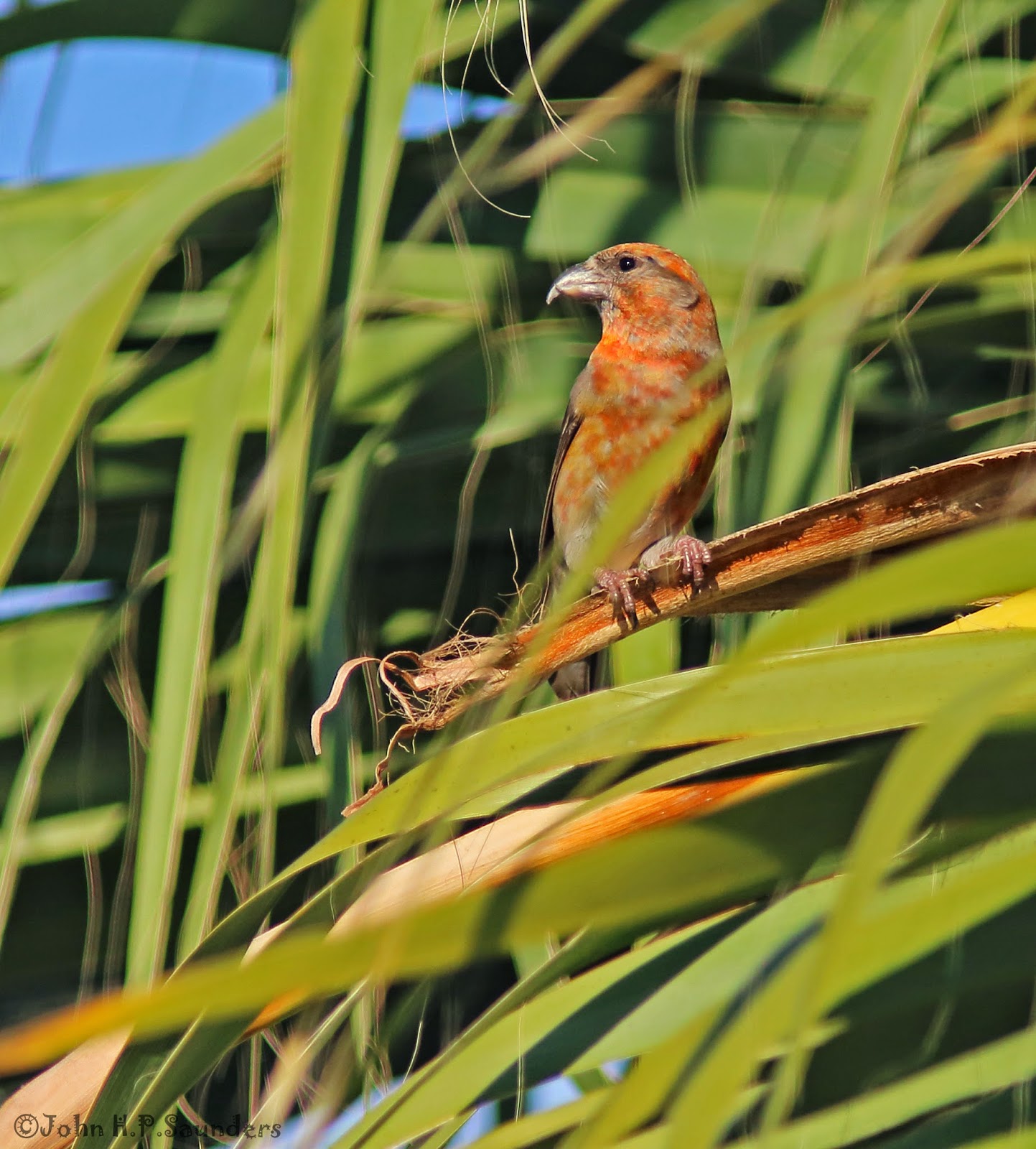 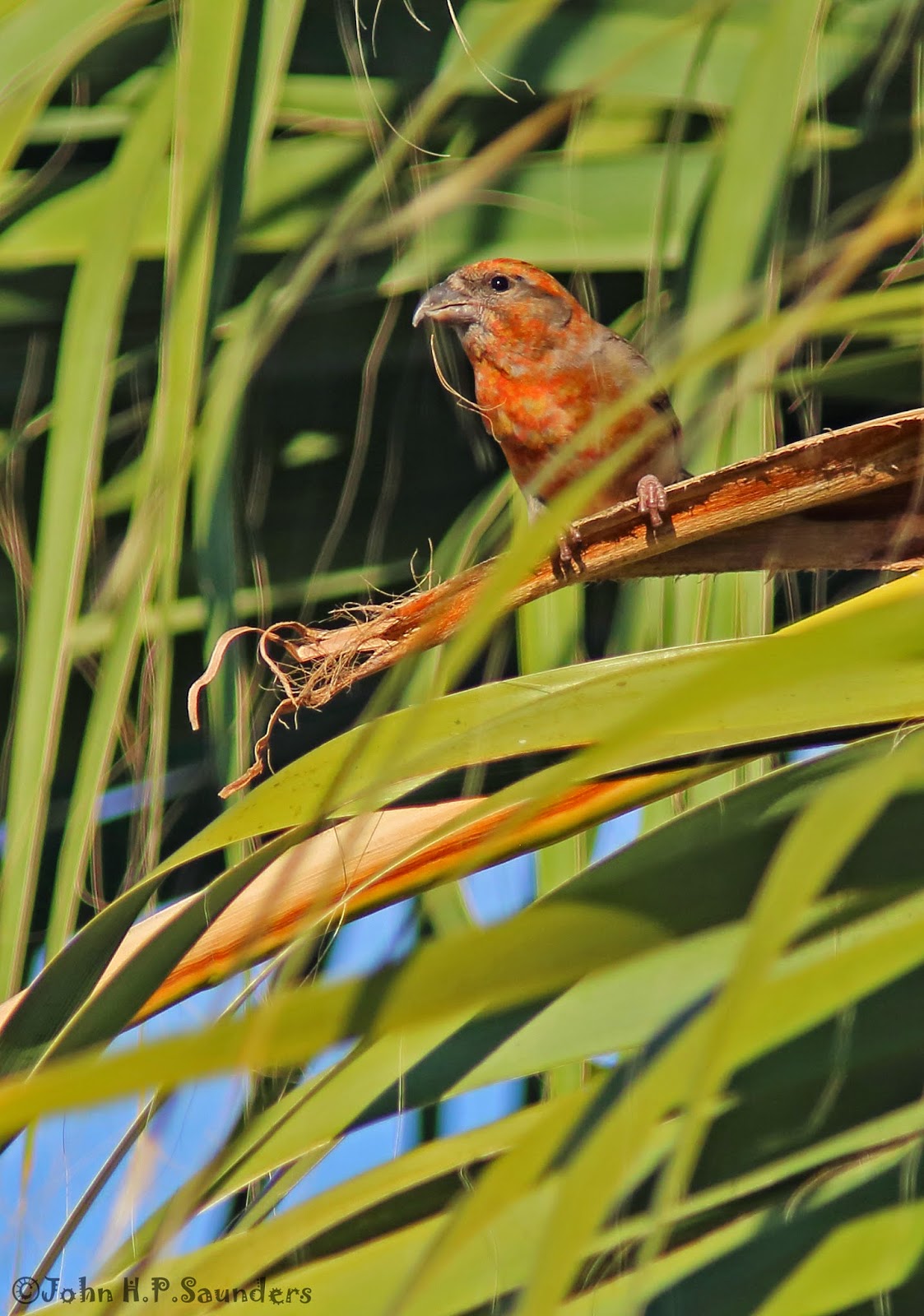 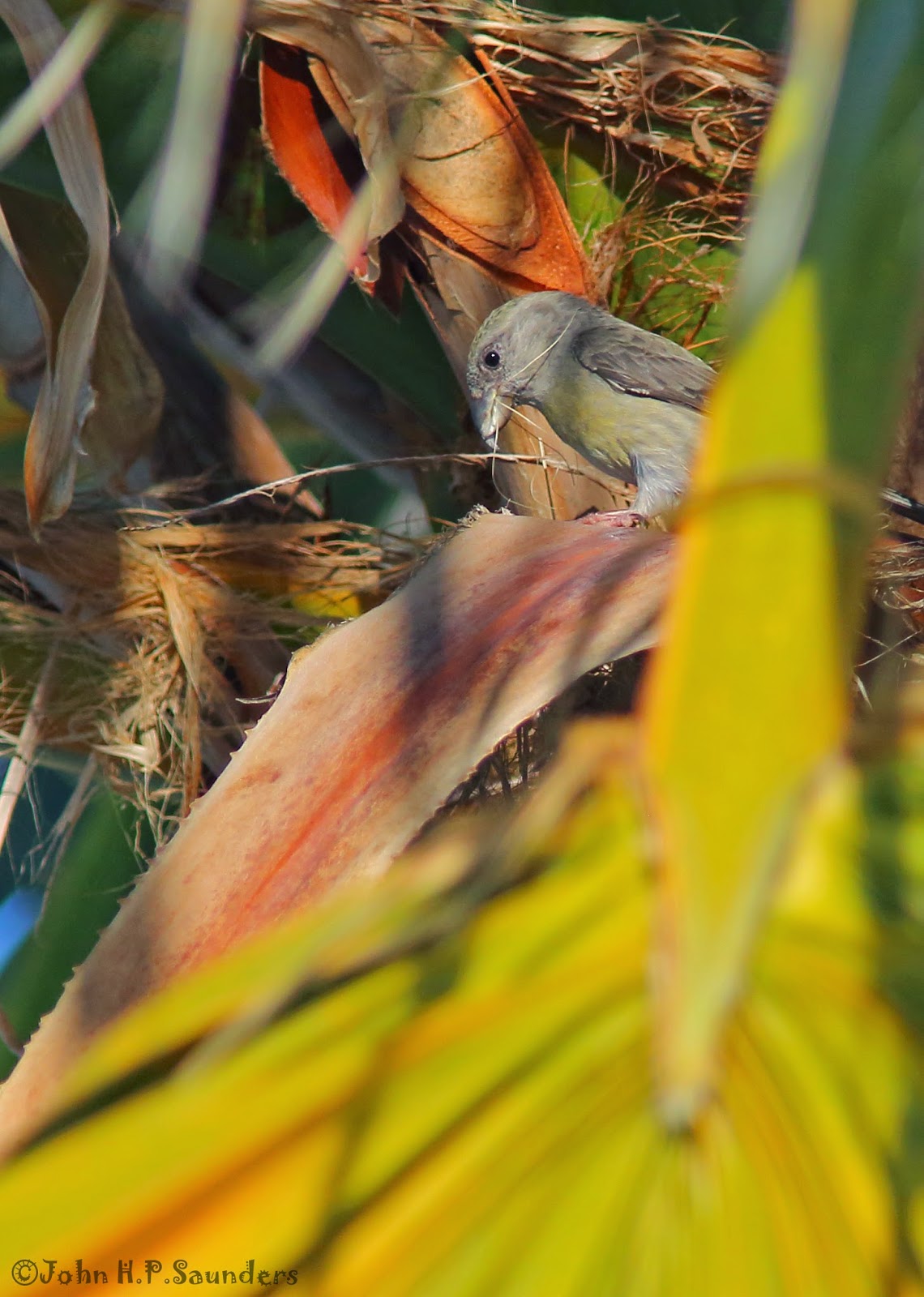 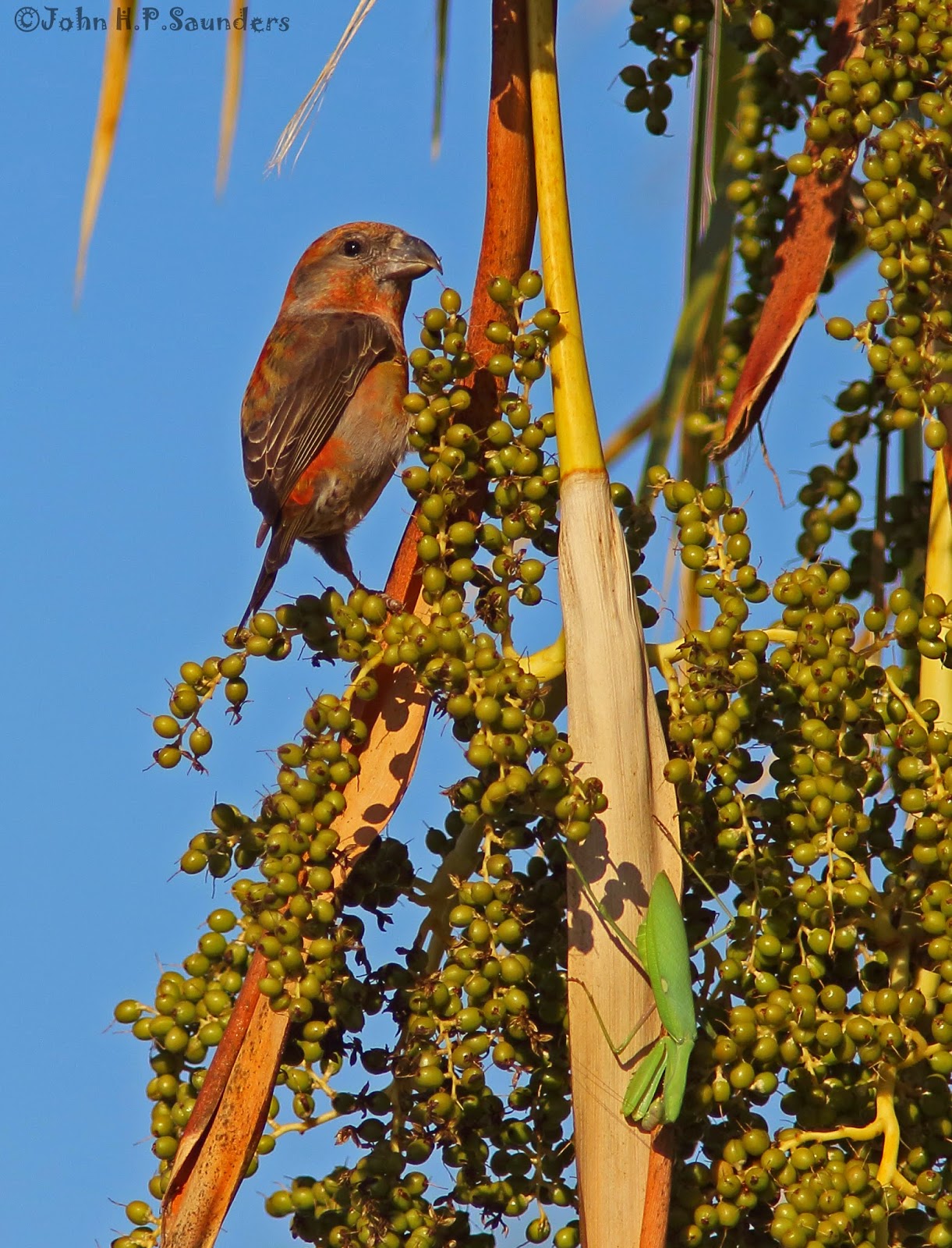 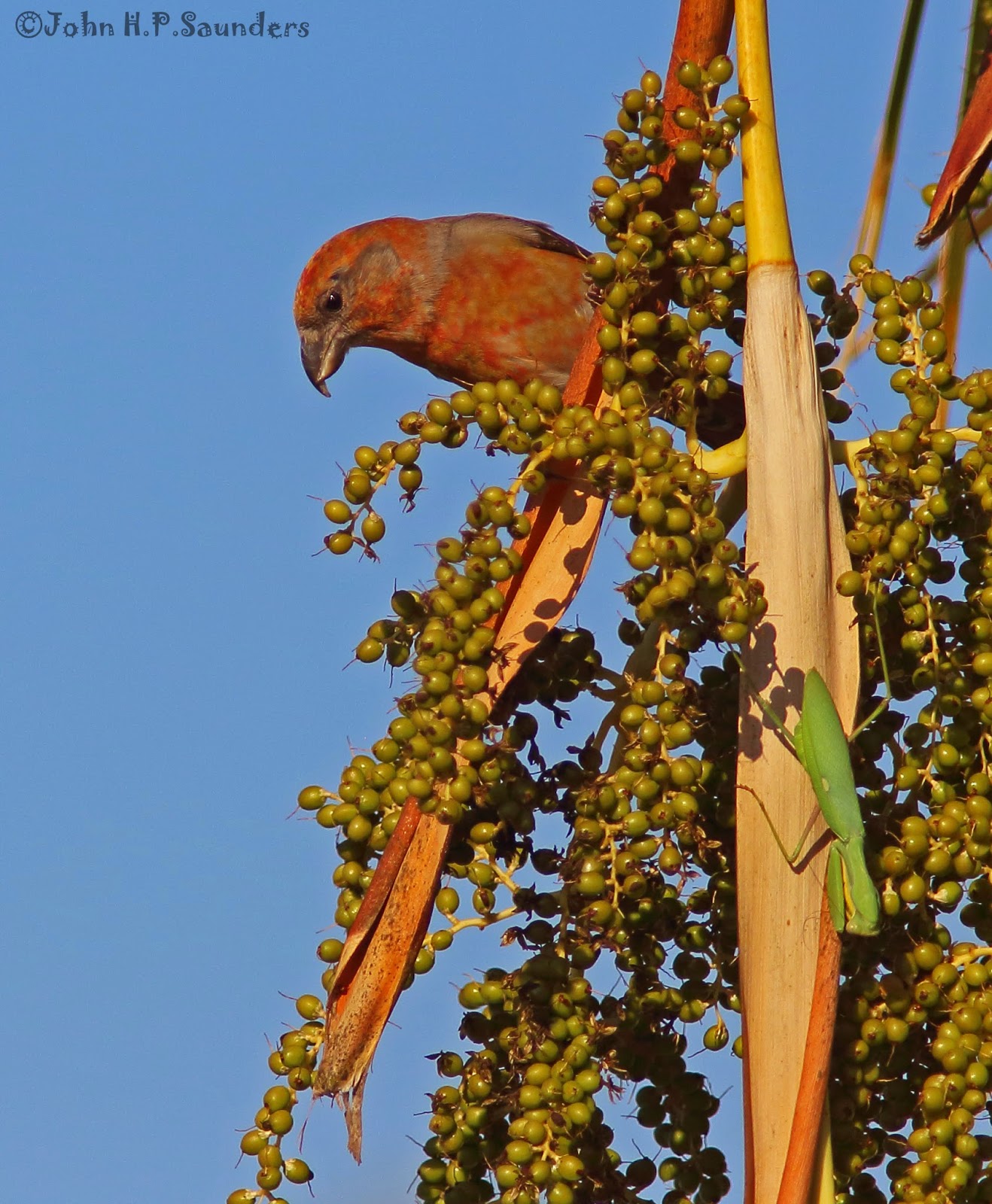 These two Crossbills, male and female visited the tree outside our apartment a few times during the week. On the majority of occasions they were seen feeding, but on one visit I noticed that they were collecting material in their cross beaks. Maybe birds nest at different times in Mallorca, but it did seem a bit early to be collecting nesting material at the beginning of October.

I was so focussed on watching and photographing the birds that I didn't notice until going through the photos at home that there is a green insect close to the male. I think that it is a Praying Mantis, the second one of our trip.
Posted by John at Saturday, October 25, 2014