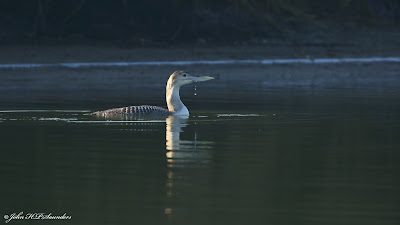 This juvenile White-billed Diver was first reported on Saturday after having been identified from a photograph taken by a fisherman. An extremely rare bird inland, although one turned up 20 years ago at the same spot. That bird had an unfortunate end after swallowing a fishing hook and dying.

Arriving at the birds' reported site I was met by a couple of birders that had just come back to their car to be told that the bird was at least a mile further north and moving in a northerly direction. I decided to jump back in the van and drive to the nearby Stixwould station car park. Other birders were again returning to their cars and filled me with apprehension by saying that the bird was still moving north and was at least another mile and a half away! I started my walk, meeting people along the way who kept saying the bird was really moving and would probably be in Lincoln by the time that I got near it! That wasn't to be the case, however and after a walk of probably 2 and a half miles I got my first glimpse of a White-billed Diver. A huge looking bird with a very imposing upturned ivory bill, seemingly non-plussed by the crowd and constantly diving and indeed moving north with every dive. The bird gave amazing views and eventually had enough of moving north and decided to turned around and go back from where it had come. With every dive it must have covered at least a hundred metres and was soon back at the station car park and still heading south. 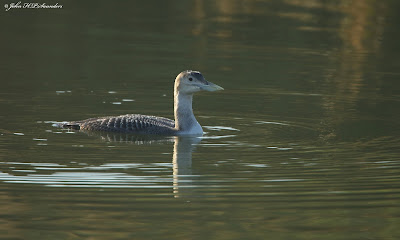 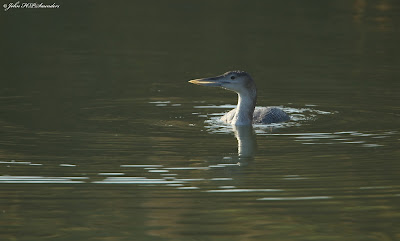 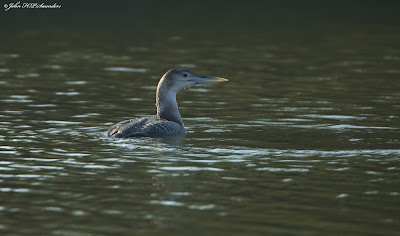 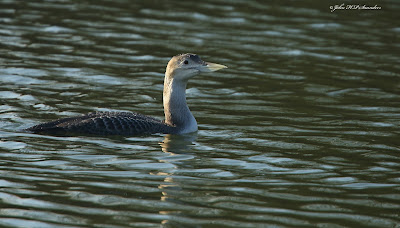 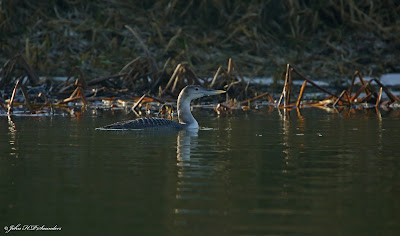 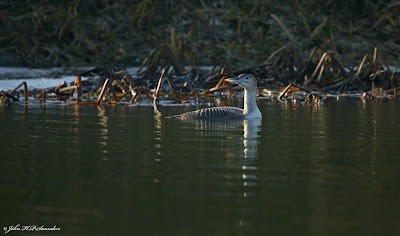 As of writing, this bird appears to be in the rudest of health and so hopefully will not suffer the outcome of the bird from 20 years ago.
Posted by John at Wednesday, January 25, 2017