The Grey Plover is a bird that breeds in the Arctic with adults leaving here in July and August and migrating south. The birds start to arrive on our shores in July with juveniles arriving a month later. They spend the winter on the coasts of Europe, Africa, southern Asia, North and South America and Australia and are capable of flying 6,500 km non-stop.
The bird is known in America as the Black-bellied Plover due to having a stunning black belly in its breeding finery, the pictures below are of a bird in its winter plumage, so not quite as fine. These birds spend the winter months all around the coast of Britain, especially The Wash in East Anglia and will start to migrate north in May. Recently the winter population in Britain has increased with as many as 53,000 birds being present.
The bird below was present at Titchwell RSPB in Norfolk a few weeks back and was surprisingly approachable which lent itself to me being able to get these digiscoped images. 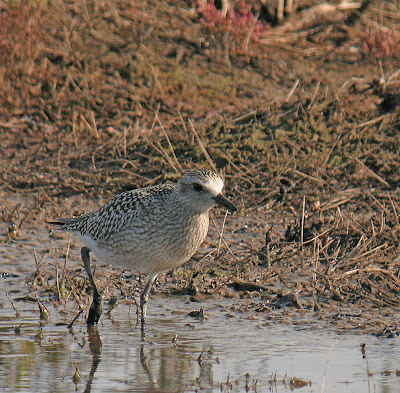 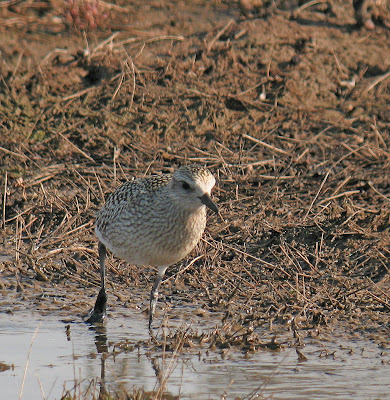 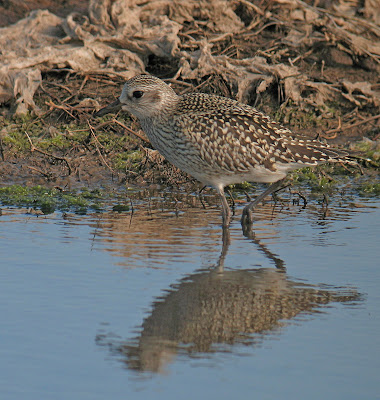 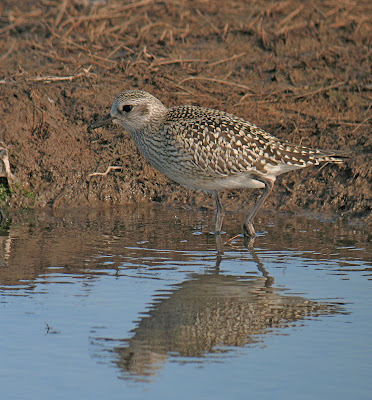 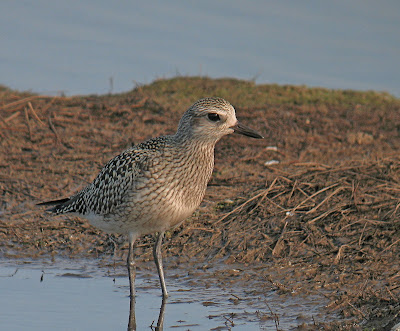 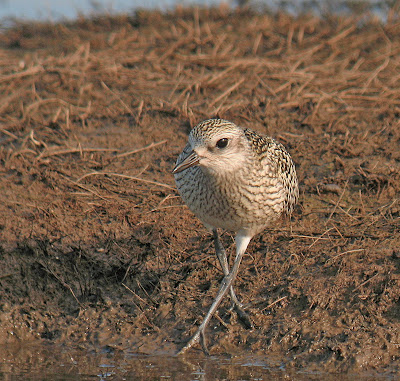 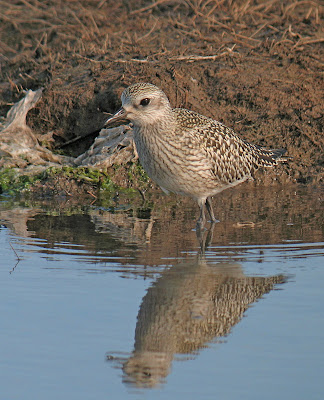