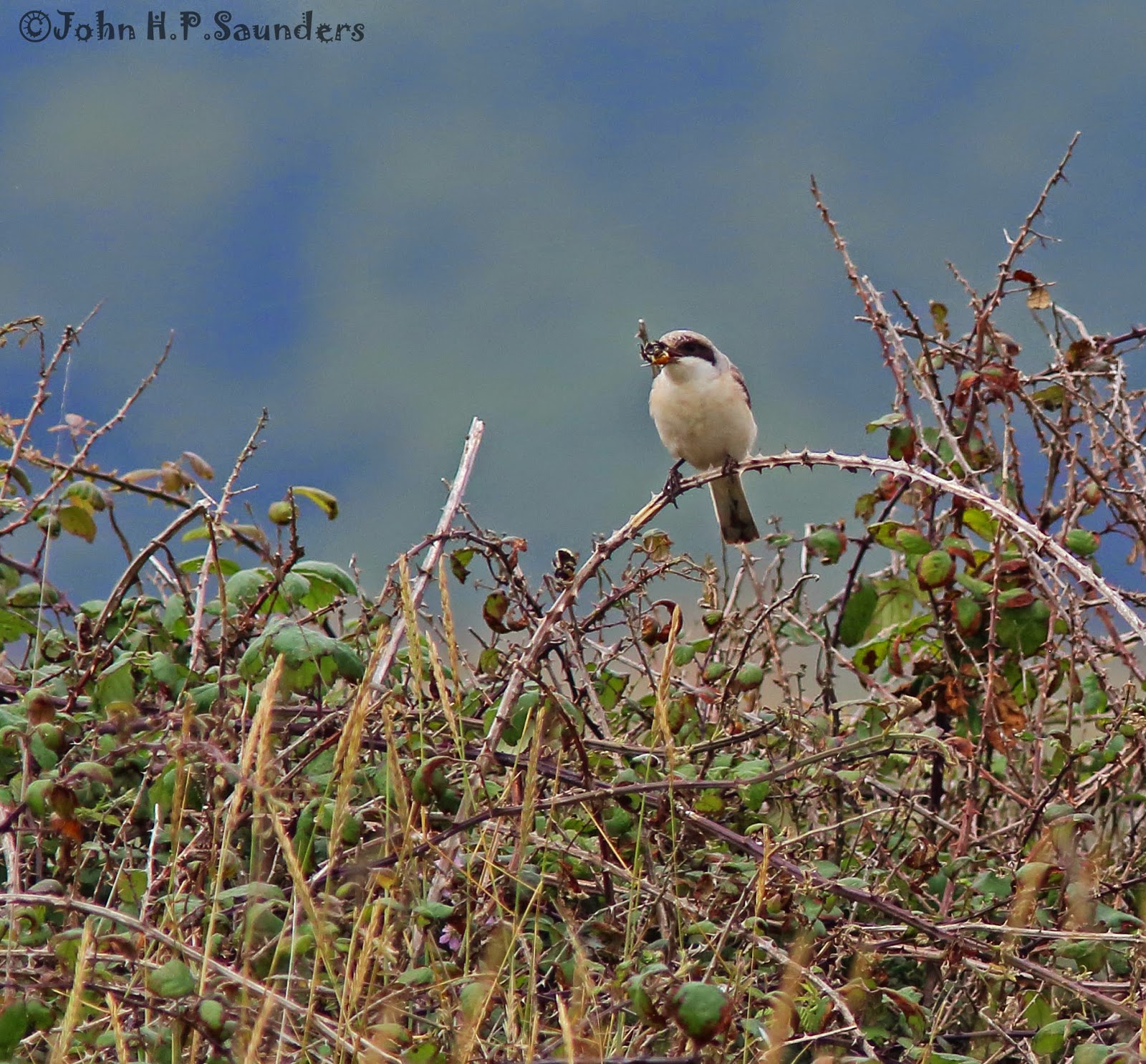 Have spent most of the day in deepest, darkest Suffolk. Shingle Street to be exact, a small hamlet on the coast which is famous for attracting lots of migrants. This Lesser Grey Shrike was first reported yesterday and was a lifer for me, so with having some free time today I went and 'twitched' this rarity.

On arrival at the site there was disappointing news in the way of a negative report. I decided to trudge to the beach area anyway, where there were a few birders looking hopefully on the nearby bushes. On the way I met a man and a lady who had just seen it, but it had flown over the other side of the river, where they were going to next to try and track it down. I thought that I would hang around where I was in the hope that it might come my way. On scanning the distance I noticed a shrike like blob on the top of a bramble bush, immediately looking through my scope I could see that it was the bird, hurrah! I managed to get the assembled birders onto it and we all enjoyed good, but distant views.

The bird was indeed on the other side of the river and so, after enjoying the views at distance I decided to walk back to where I had come from and back up the other bank. Me and a few other birders managed to get quite close which enabled some better views and closer photos. 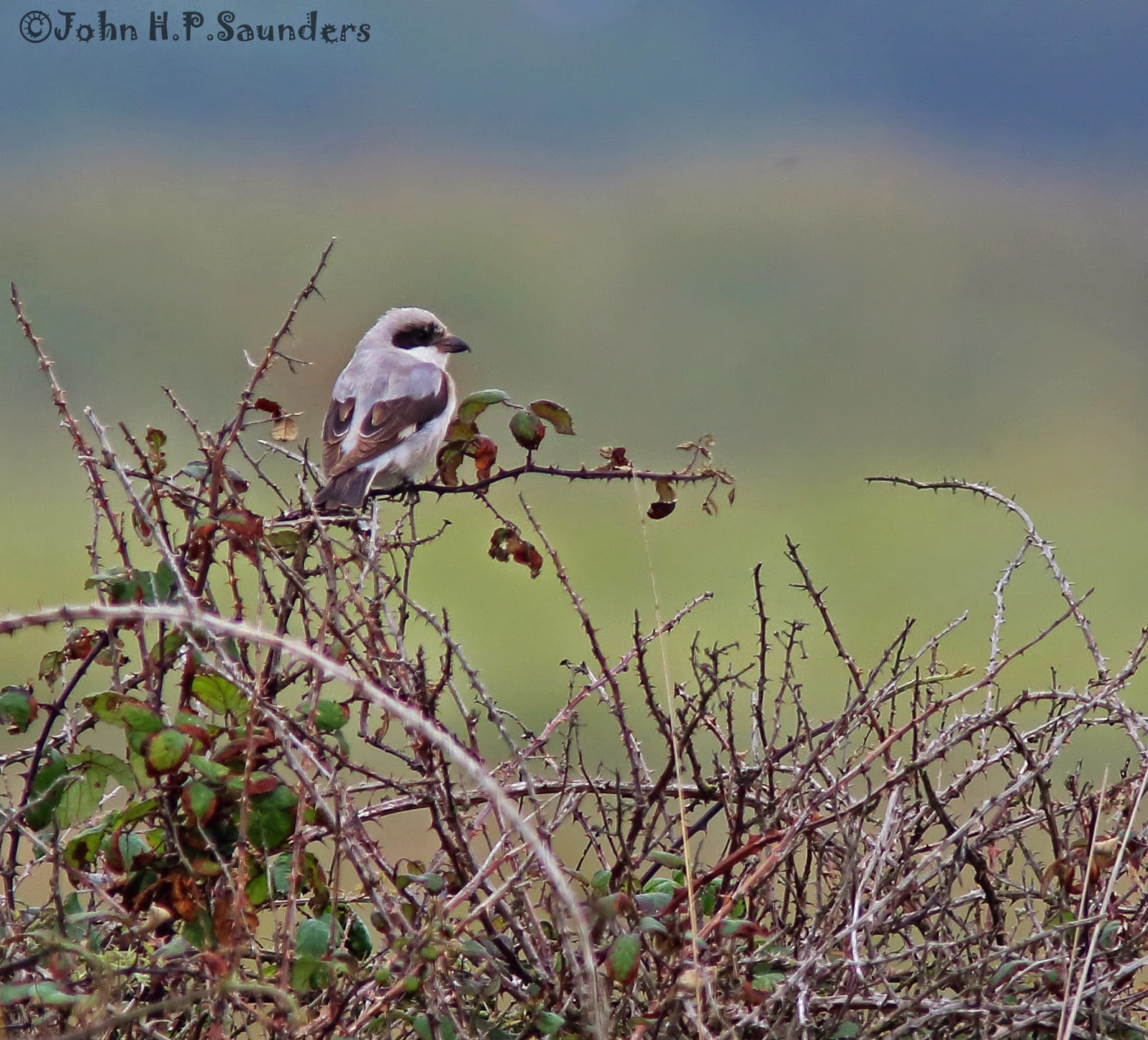 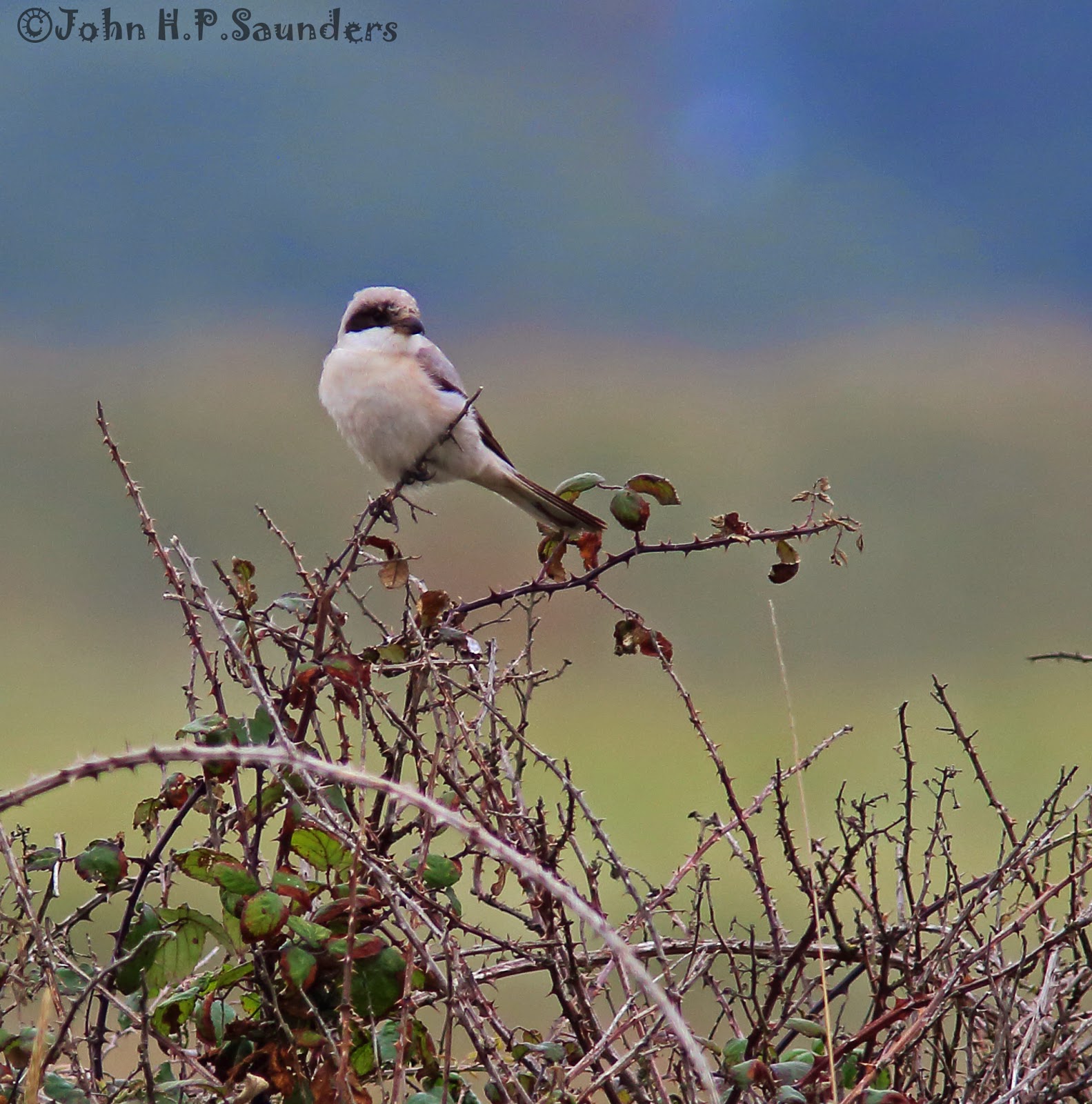 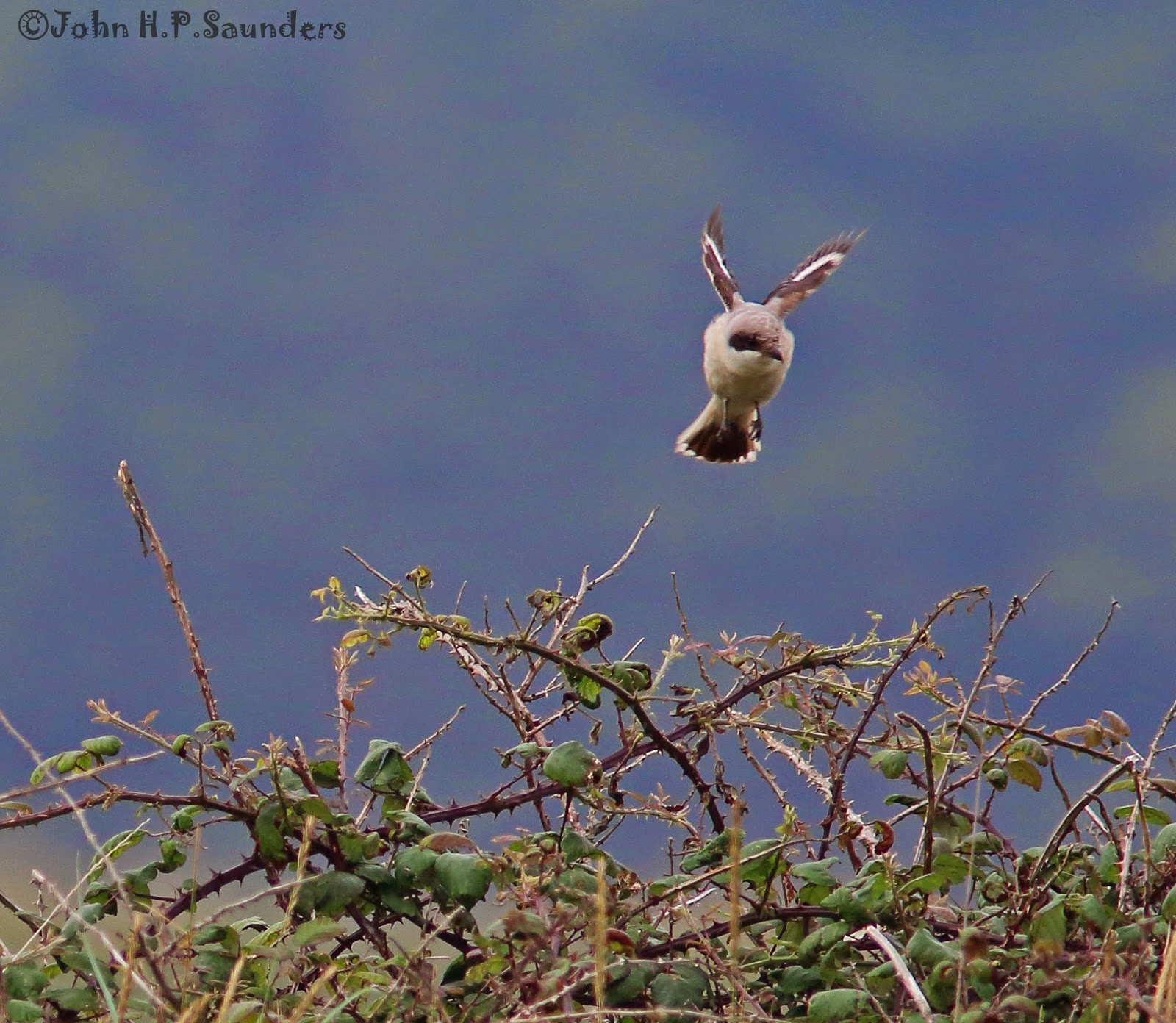 The bird was seen hunting on numerous occasions, catching large quantities of bumblebees as can be seen (hopefully) in the first photo and was showing exceptionally well. I have only gone through a few photos at the moment, so I may come back and bore you, dear reader, with some more after I have waded through the hundreds of images on my memory card.
Posted by John at Sunday, September 07, 2014