This last week has been a bit twitchy for me. An extremely rare bird was reported last Saturday (20th), a third record for the U.K. in the shape of a Masked Shrike. This bird is normally found in North East Greece, West and South Turkey and Southern Israel, but had found itself in the small hamlet of Kilnsea in East Yorkshire, close to the Spurn peninsula. Everybody went as soon as they possibly could, Sunday the 21st seemed to be the most popular day and over the week the reports and the photos kept appearing and I was well and truly gripped with tales of the bird showing down to 30 ft, but I just didn't have any time to make the 3 hour one way trip. That was until Sunday just gone. I had some very rare free time and so managed to talk Lisa into accompanying me on this twitch.

The long journey was uneventful and we arrived at Kilnsea and managed to grab the last parking space, dodging past numerous birders on their way to the shrikes haunt. The bird had moved field during the morning and so we followed the hoards to this new site. The bird was seen straight away perched in a very distant hedgerow, at least 400 m away, but the white blob was very obvious against the dark of the hawthorn hedge. The scope views were excellent, the bird always on the move, hunting craneflies and grasshoppers. It was most certainly not being as accommodating as the previous week and never coming very close and also disappearing over the other side of the hedge frequently. The closest it ever came during our 6 hour vigil was about 200 m when I managed to get some truly awful record shots, which have been heavily cropped and are below. 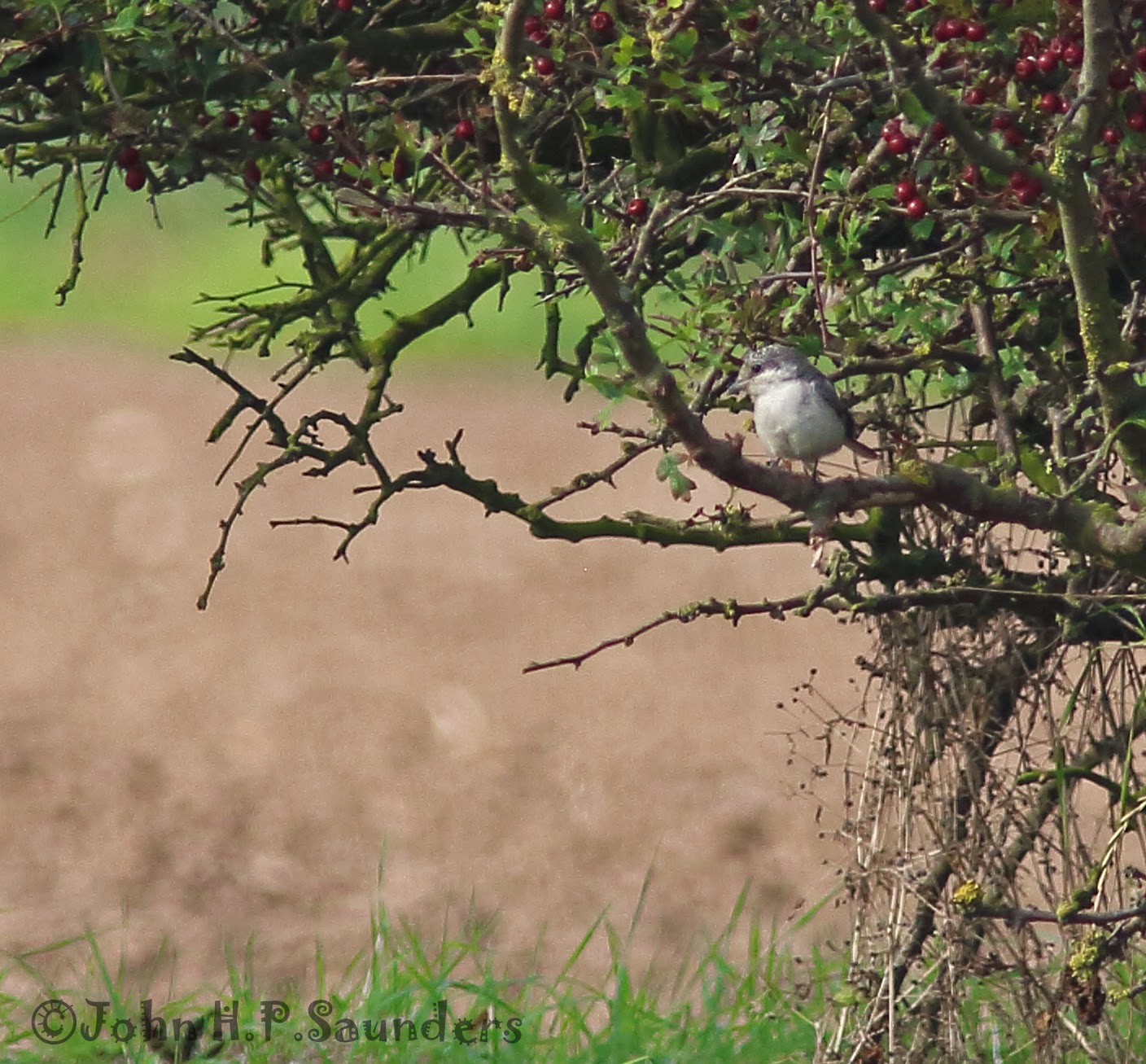 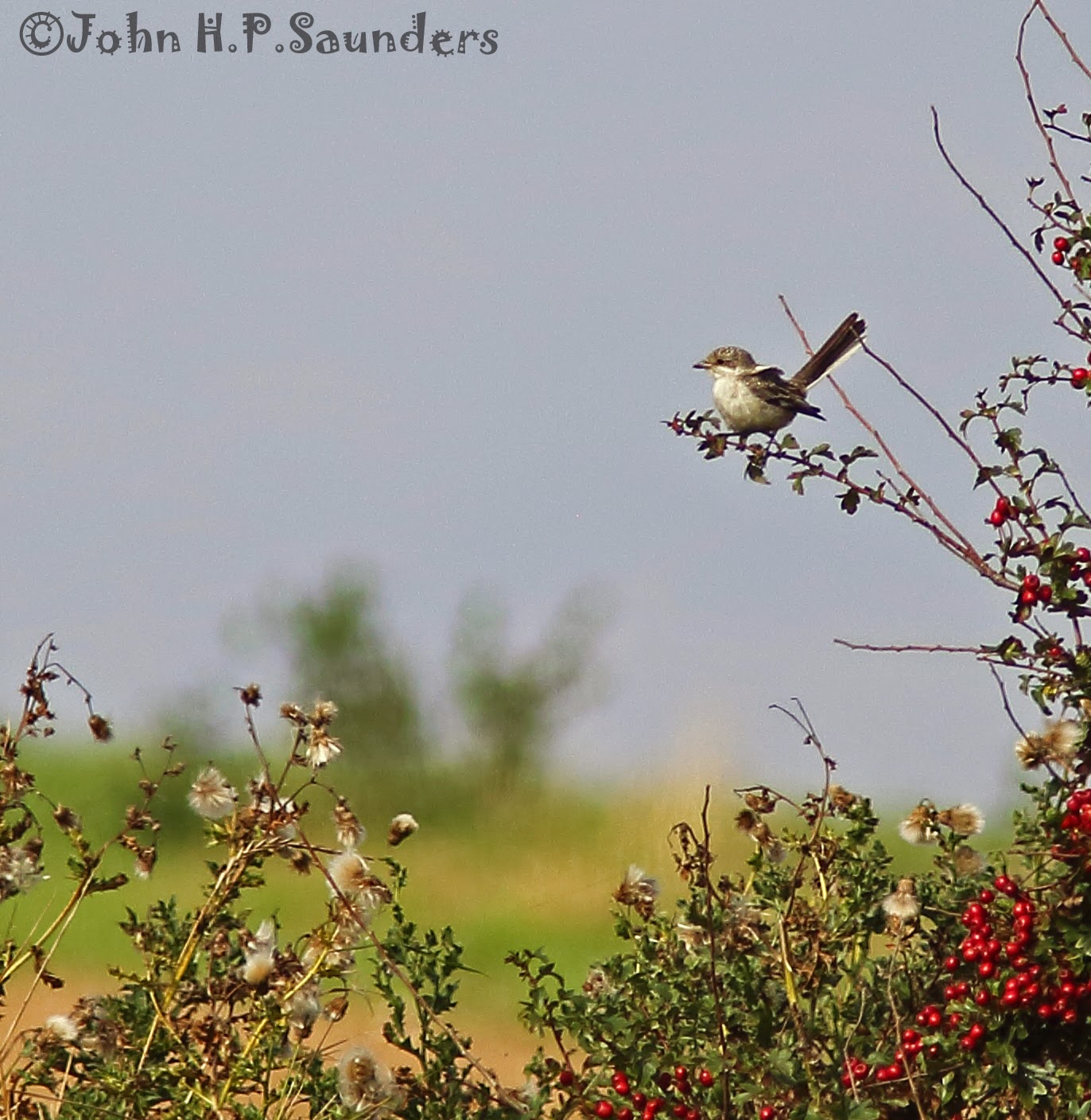 The twitch was then shattered by the appearance of some locals who started to ride a miniature motorbike around the field, going right up to the hedge in question and unsurprisingly spooking the shrike which promptly disappeared. Grumblings were made, but we discovered that these locals had permission to be in the field, something that we had not (unbeknown to most of us there). Lisa and I left at this point and had a very pleasant meander around the vicinity until we thought that we had better start making a start at the 3 hour return trip.

As I have stated, this is only the third time that a Masked Shrike has been recorded in this country. They have all been juvenile/first-winter birds, with the first being at Kilrenny in Fife for 17 days in Oct 2004 and the second being a one day wonder on St.Mary's on Scilly in Nov 2006.