The trip to Woodwalton Fen on Friday 3rd December that I mentioned in my previous post produced the long awaited Bearded Tit (unfortunately no photograph, the little blighter was too quick for me!) and also a Marsh Harrier and Common Buzzard, but the close views I got of Chinese Water Deer were quite amazing!

I must have been in the right place as far as the wind was concerned as the two animals shown below came exremely close, one getting as near as 15 feet before noticing me and making a run for it! 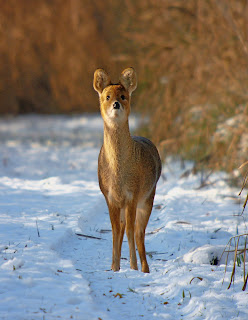 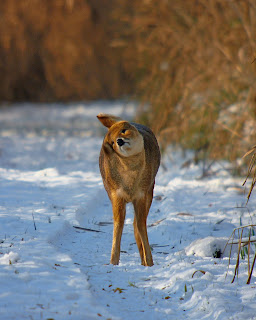 Having a good shake! 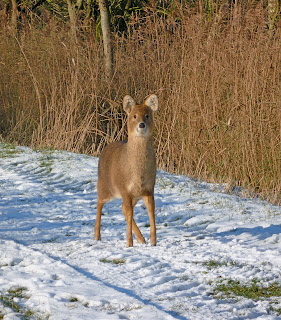 This photo was taken by just using the camera, without the `zoom` from my spotting scope, showing how close this deer got to me before noticing my ugly mug and `darting` off!
Below is a video of the deer which is in the first two photo`s. Again, this animal got extremely close until vanishing into the reed bed.