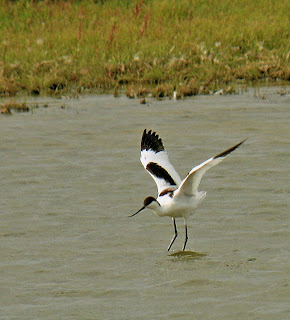 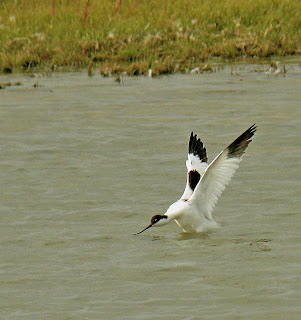 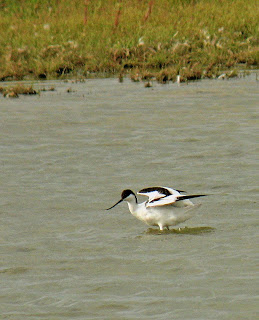 An evening visit to Maxey GP the other day produced this Avocet that had obviously just dropped in for a quick feed and a wash as it was gone the next day. A pair of Avocets have bred at this site before, a couple of years ago and also an attempt was made last year, but this was unsuccessful as the young were predated, but there was no sign this year. This lone bird was obviously just passing through.

The Avocet is a striking bird and once you see one you will never forget its appearance. It is black and white with a long black upcurved bill and long blue-grey legs. It is the logo of the RSPB for an obvious reason. A true success story with now over 1500 pairs breeding in Britain after becoming extinct as a breeding bird in 1840.